New Zealand on Friday (September 17) called off their first tour of Pakistan hours before the scheduled start of the first ODI in Rawalpindi citing a security threat to the team. 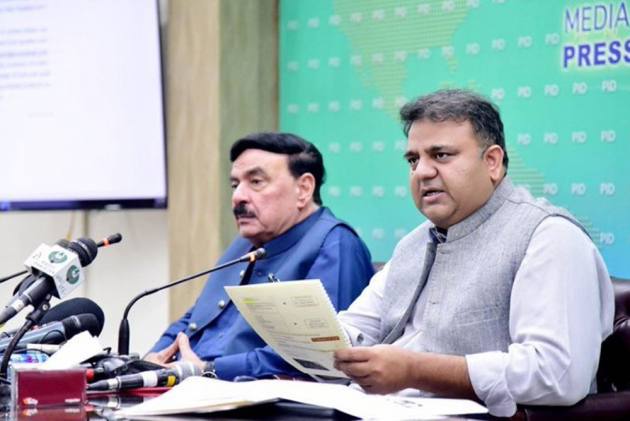 The New Zealand cricket team landed in Auckland early Wednesday morning after pulling out of the Pakistan tour. But their last-minute cancellation of what would have been a historic cricket series continues to make ripples in Pakistan with the Imran Khan-led government upping its ante against neigbhours, India. (More Cricket News)

Pakistan's Information Minister Fawad Chaudhry on Wednesday claimed that the New Zealand tour was cancelled as a result of a fifth-generation hybrid war against the country by India, and cited 'fake news' generated by its neighbours.

The statement, made while addressing a press conference in Islamabad alongside Interior Minister Sheikh Rashid, came barely 24 hours after Chaudhry claimed that Pakistan was paying the price for saying no to the US on allowing American military bases on its soil.

The Kiwis called off their first tour after 18 years last Friday, hours before the scheduled start of the first ODI in Rawalpindi, due to a security threat to the team. With a precedent set, England on Monday cancelled the tour of Pakistan.

Chaudhry stated that the situation was created by a fake post by someone claiming to be Tehreek-i-Taliban Pakistan's (TTP) Ehsanullah Ehsan, reports Tribune.

New Zealand batsman Martin Guptill's wife also apparently received an email from an ID with the username 'Tehreek-i-Labbaik', threatening that her husband would be killed in Pakistan.

But Chaudhry said that "The details of the email are not available, and we have requested Interpol to assist us and tell us how it was generated."

The minister further said that the New Zealand team had their practice sessions, alongside the Pakistan cricket team, and faced no issues. "Pakistan Cricket Board officials, interior security team, everyone went to them and asked them to share the threat, however, they were as clueless as us."

However, a day before the first match, the New Zealand team said that their government had concerns of a credible threat and cancelled the tour, revealed Chaudhry.

The information then said that a day later, a second threatening email was sent to the New Zealand cricket team under the username 'Hamza Afridi', Tribune report continued.

The email claimed that the New Zealand cricket team had done “wrong” by leaving Pakistan and would be terrorised by them. “I will place a bomb wherever your cricket team goes, from hotels to stadiums,” Chaudhry reportedly quoted the email.

“Investigations showed that the email was sent from a device associated with India, using a virtual private network (VPN) so that the location was shown as Singapore,” he stated.

Chaudhry elaborated that the same device had 13 other IDs, the majority of which were Indian names, except 'Hamza Afridi'. He said that using 'Hamza Afridi' as one of the users was an attempt to show that the email was generated from Pakistan.

“The name was used deliberately to show that a terrorist threat is present in Pakistan.” He further said that the user of the device had been identified as Omprakash Mishra from Maharashtra, India. "The device used to send the threat to the New Zealand team belonged to India. A fake ID was used but it was sent from Maharashtra."

Revealing that Pakistan had registered a case and had requested Interpol for assistance, Chaudhry said "This whole threat was primarily generated from India."