With India head coach Ravi Shastri admitting that some of Rishabh Pant's decisions with the bat have let the team down, the 21-year-old wicketkeeper-batsman will be aiming for a calculated knock in the second T20 against South Africa on Wednesday in Mohali. 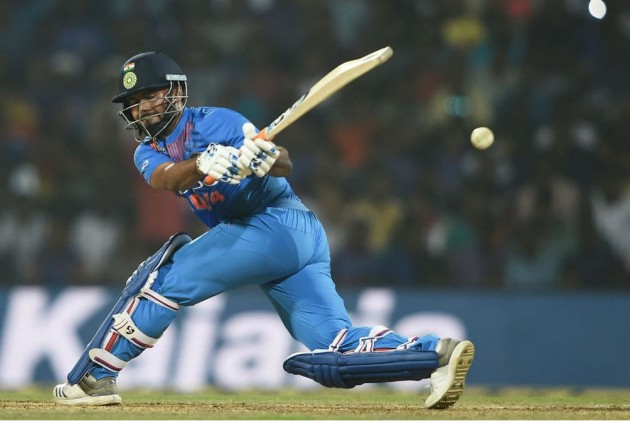 Rishabh Pant's form would be an important sub-plot when India look to seize the advantage against South Africa in the second T20 International on Wednesday (September 18) in Mohali after a washout in Dharamsala effectively made the series a two-match affair. (CRICKET NEWS)

The T20 World Cup is more than 12 months away but India captain Virat Kohli has already detailed his plans and expectations from the youngsters in the side.

The skipper did not expect to get a bagful of opportunities when he arrived on the international scene and believes the current crop of youngsters also need to make it count in the limited time they are going to get.

One of them is 21-year-old Pant, who can't be bracketed as a "youngster" anymore having made his debut back in February 2017.

Not a single ball was bowled in the series-opener but there was enough happening on the sidelines and most of it was focussed on Pant.

In a chat with the host broadcaster, the message for Pant from the team management was loud and clear: he can't repeatedly throw his wicket away and if he does "there will be a rap on the knuckles".

"We'll let him be but at times when you see a shot, like the first ball dismissal in Trinidad (during the tour of West Indies), if he repeats that, then he will be told. There will be a rap on the knuckles, talent or no talent," said head coach Ravi Shastri ahead of the series-opener.

With Kohli still very much open to having MS Dhoni back on board, pressure is mounting on Pant to do justice to his rich talent.

Considering the circumstances, it was not a surprise that Pant had a hit in the nets right after the team flew here from Dharamsala on Monday.

Pressure will also be on leg-spinners Rahul Chahar and Washington Sundar, both of whom have been picked ahead of Kuldeep Yadav and Yuzvendra Chahal for the second straight series.

With 20-odd games to go before the World Cup, the Indian team wants to boost its batting which will require number 8, 9 and 10 to score runs on a regular basis, something which has never been India's strength.

Will a deep batting line-up compromise India's ability to wake wickets in the middle overs? Only time will tell.

It is also an important series for Shreyas Iyer and Manish Pandey, who have been brought back into the side to solidify the middle order.

The game will also be an opportunity for Shikhar Dhawan to play a substantial knock, having endured a lean tour of the West Indies by his standards.

It a ground he is fond of, having scored a memorable 187 on his Test debut and more recently a 143 in the ODI against Australia in March this year, albeit in a losing cause.

On the other hand, it will be an uphill task for South Africa to beat this Indian side, which has been on a roll for most part.

Time in the middle for a team in transition would have been valuable but rain robbed the Proteas of that opportunity in Dharamsala.

The Kagiso Rabada-led attack would have to bowl really well to contain the Indian batsmen especially skipper Kohli, who played one of his best knocks against Australia in March 2016, the last T20 played here, to take India to the World T20 semifinals.

Kohli, in a recent tweet, summed up what that knock of 82 off 51 balls meant to him as he struck the winning runs with Dhoni at the other end.

Though his followers failed to read his words, Kohli will be aiming for an encore on Wednesday.