India Vs Afghanistan, Cricket World Cup 2019: Where To Get Live Streaming, Live TV And Live Score 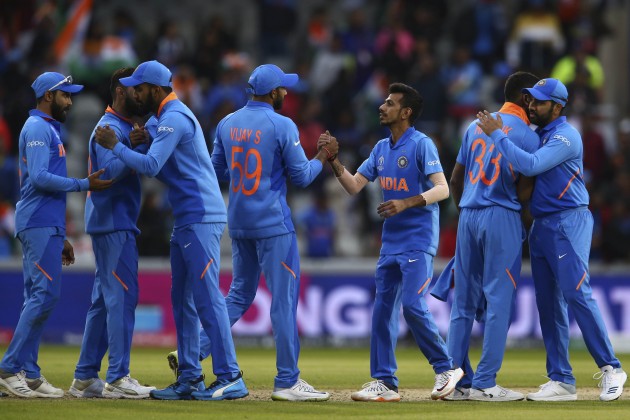 After their resounding victory against Pakistan, India take on embattled Afghanistan in a 2019 Cricket World Cup match at Southampton on Saturday (June 22). A win will send Virat Kohli's team one step closer to the semifinals but the winless Afghans have the capability to surprise if they play true to form. You can get all the action of ICC Cricket World Cup 2019 match between India vs Afghanistan across platforms -- digital and TV. Live streaming, live score and live television details below. (IND v AFG HIGHLIGHTS) (IND v AFG SCORECARD) (WI v NZ)

If there is no rain delay, then the match at Southampton is scheduled to start at 3 PM IST with toss 30 minutes before that. New Zealand, who are undefeated so far, will play West Indies at Old Trafford in Manchester. The West Indians are not in the best of form and must win against the Kiwis to remain in hunt for a semifinal spot. That match will start at 6 PM India time. Live streaming of that match will also be available too.

For live streaming, go to HOTSTAR.com. The Hotstar app is a good way to enjoy the entire World Cup. For payment details, visit the Hotstar website.

Live cricket scores and live commentary can be got from Outlook's World Cup coverage.

One of the title contenders, India's match against Afghanistan could well be a glorified net session in which they would like to put up a resounding performance that not only eases their passage to the semi-final but also ensures a good net run-rate.

Afghanistan's controversial campaign, marred by poor on and off-field decisions, has gone from bad to worse. And they now face the onerous task of squaring off against a galaxy of world class players, whose performance graph is on the upswing.

However, a spirited show against India will certainly boost Afghanistan's confidence and some competitive edge to one-sided contests, which have taken some sheen off the global meet.