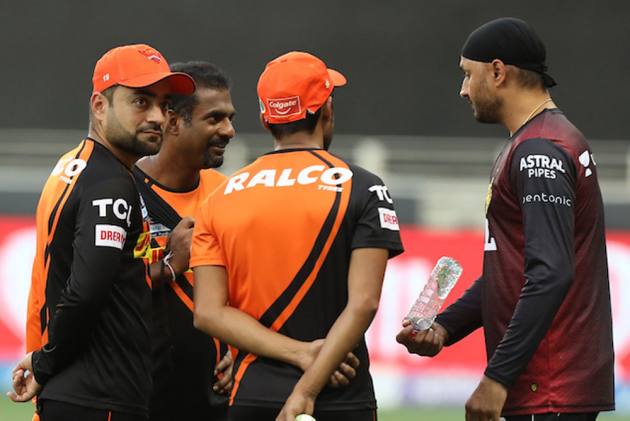 After big defeats against Pakistan and New Zealand, India returned to winning ways against Afghanistan in Abu Dhabi on November 3. The Men in Blue then thrashed Scotland in just 6.3 overs to boost their net run rate ahead of Sunday's Afghanistan vs New Zealand match. An Afghan win may assist India making the semifinals. A New Zealand win will seal India's fate.

Harbhajan, owner of 711 international wickets, took to his YouTube channel to stop Pakistan's ‘nonsense’ on social media and termed the match-fixing allegations against Rashid as ‘disgraceful’. “Pakistan fans are unable to digest their win over India, which they got after waiting for so many years in World Cups,” said Harbhajan SIngh.

“There is a way to talk and raise questions. But people are putting serious allegations against us, against Rashid Khan which is pretty cheap and disgraceful,” the 41-year-old added. Batting first, Indian openers smashed the Afghanistan bowlers to race to 210/2 in 20 overs – the highest score in the ongoing edition. Rashid Khan, who is hailed as the best in the business in the shortest format of the game conceded 36 runs without taking a wicket.

“We accept that Pakistan have played very good cricket and everyone also appreciates them for playing so well against India and beating them. Congratulations on that. But if you start misbehaving by claiming that you play fair cricket and if we win, you doubt us, term it unfair, fixed then that is wrong. We all know your cricketers reputation,” Harbhajan said.