IND A Vs AUS A, 1st Practice Match: Will Pucovski Hit On Head By Kartik Tyagi's Bouncer

Pucovski, who has been is seeking a berth in the Australia Test squad for the upcoming India series 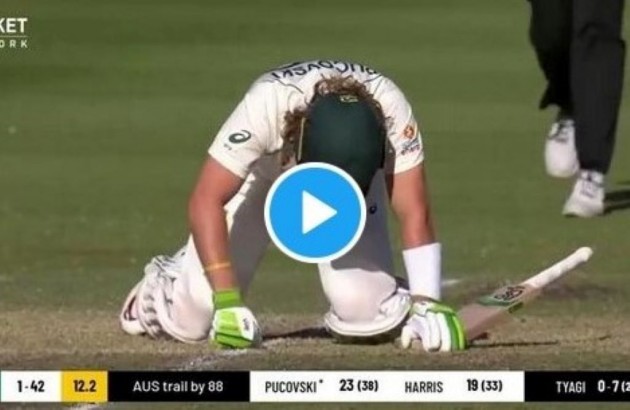 Australia's young and upcoming batsman Will Pucovski had to retire hurt from the Tour game between India A and Australia A after being hit on the head on Tuesday. (Live Updates | Live Scorecard | News)
Pucovski who was batting for Australia A in the fourth innings was hit on the front of helmet trying to pull a ball from Kartik Tyagi.
Pucovaski was batting on 23 and collapsed to the ground. He remained lying down for quite sometime before walking off the field.
He was checked by the team doctor and walked off the field without any help.

Fingers crossed for Will Pucovksi, who's retired hurt after this nasty blow to the helmet.