The skipper played a gem of a cameo, replete with some stunning shots, in the losing cause. And the best of the lot was a straight drive, straight over the bowler's head. 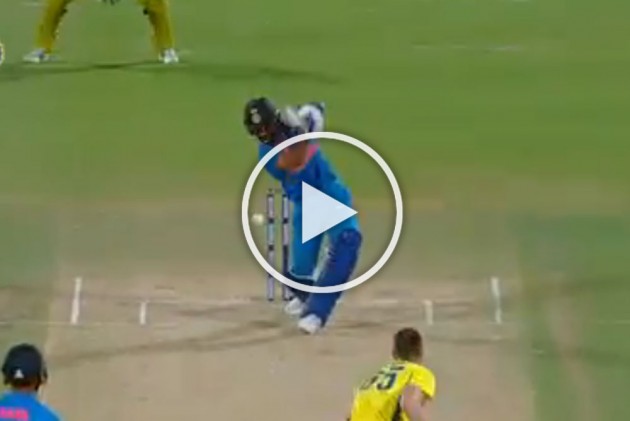 India captain Virat Kohli failed to lead the team to victory in the first Twenty20 International match against Australia at Vizag on Sunday.

India, after posting a meagre 1126/7, suffered a heart-breaking last-ball defeat despite Jasprit Bumrah's brilliance with the ball.

But the skipper played a gem of a cameo, replete with some stunning shots. And the best of the lot was a straight drive, straight over the bowler's head.

As seen in the video, Kohli didn't even bother to move while playing the shot. And the ball crashed into the fence.

Hailed as one of the greatest stroke-makers of the game, Kohli hit 24 off 17 balls with three boundaries in the innings.

The second and final T20I match will be played at Bengaluru on Wednesday. The two teams will then engage in a five-match ODI series, which will be India's final outing in the 50-over format before the World Cup in summer.