Harris has been drafted into the team after Will Pucovski was ruled out of the series opener alongside David Warner. 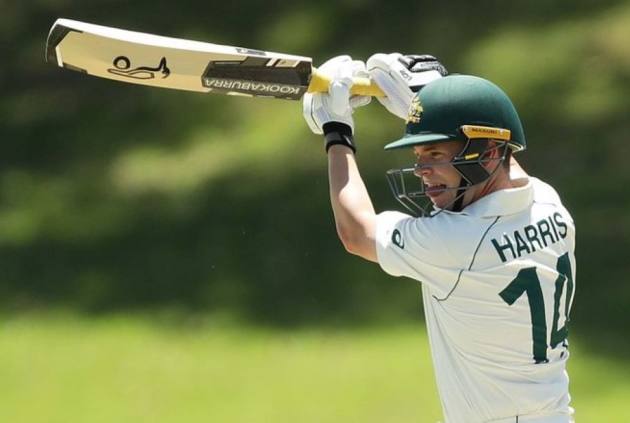 Added to an injury-plagued Australia squad for the first Test against India, batsman Marcus Harris says he is "pretty ready" to take on the visitors' quality pacers, having faced them in both the tour games. Tour Schedule | Photo Gallery | News

In outstanding form for Victoria this domestic season, Harris was on Saturday drafted into the team after Will Pucovski was ruled out of the series opener alongside David Warner.

"There's obviously been a bit of stuff going on with everything in the last couple of weeks, so it's been good to have a hit against the Indian boys and another hit today," Harris told Fox Cricket.

"It feels like I'm in the right place at the right time, but it feels like I've been playing really well as well. It's been good, not to be the one that's spoken about too much."

Harris has smashed 355 runs at a fantastic average of 118.33 in two Sheffield Shield domestic first-class matches for Victoria this season, with a knock of 239 against South Australia being the highlight.

JUST IN: Big selection news out of the Aussie camp ahead of the first #AUSvIND Test. The latest via @samuelfez. https://t.co/21w6zaXdaH

"I knew coming here that if I went okay I'd put myself in a position to maybe play, the way that things have been going," said the 28-year-old right-handed batsman.

"I obviously wasn't in the Test side last summer so I didn't have that distraction coming into this summer and I've just been focused on what I need to do, so that's been good," he said.

"Now I've found myself where I am, and I feel pretty ready to go and I'm looking forward to it."

Harris played nine Tests for Australia and was a member of the squad which retained the Ashes in England last year.

With Warner and Pucovski rued out, Harris appears set to play his 10th Test and first since the final Test of the 2019 Ashes.

The opener averages 25.06 with two half-centuries since debuting against India at the Adelaide Oval two summers ago.

Against the touring Indians this summer, Harris has put together scores of 35, 25no and 26 in three innings for Australia A.

The first Test between India and Australia, a day/night match, begins in Adelaide on December 17.