India Vs Australia 2020 Live Streaming: How To Watch IND's Home Cricket Series Against AUS On TV And Online

The Indian national cricket team will play their second series of the new year 2020) against Australia, starting January 14 (Tuesday) with the first of three ODIs at Wankhede Stadium, Mumbai. All the IND vs AUS matches can be watched live on TV (Star Sports Network and DD), and can also be live-streamed online on Hotstar and JioTV App 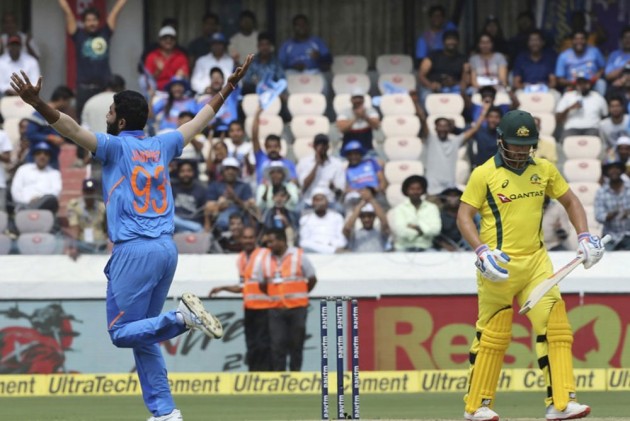 This is a World T20 year. But cricket being cricket, with its many formats, teams need to distribute their attention equally. And with that, two powerhouses -- India and Australia -- will engage in a short but intense three-match One-Day International series in January. Here, we will try to give all the information you need to know about the series. (More Cricket News).

Currently, India are taking on Sri Lanka in a three-match Twenty20 International series, while the Aussies have just blanked New Zealand 3-0 in the Test series. So, both the teams will need to do some adjusting. Afterall, T20Is and Tests are the extremes of International cricket.

The series will witness the return of India vice-captain Rohit Sharma, who was rested for the Sri Lanka series even as his 'former opening partner' Shikhar Dhawan continues to fight for his spot. For the Aussies, Aaron Finch who was roped in by Virat Kohli-led Royal Challengers Bangalore for the Indian Premier League 2020, will lead a strong Australian series. The visitors will have explosive opener David Warner, former captain Steve Smith - arguably one of the greatest batsmen, IPL's most expensive overseas player Pat Cummins and the new run-machine Marnus Labuschagne. This will be one hell of a series. For the record, India lost to Australia 2-3 at home in March last year after leading 2-0. It was also the first series loss for India at home since losing 2–3 to South Africa in October 2015, and Kohli's first ODI series loss at home. So, Kohli will be extra motivated to perform.

ODI rankings: India are ranked second, while Australia are fourth.

Live streaming of the India vs Australia ODI series will be available online. You will have to download the Hotstar app to watch live streaming. Payment details are available when you subscribe. The match can also be streamed live on the Jio TV app.

For fans Down Under, every game of the tour can be watched on Fox Cricket with no ad-breaks during play in HD (Foxtel channel 501).

SuperSport will telecast the series in South Africa.