Hayden, a known sports fanatics, had injured himself in a freak surfing accident last October. 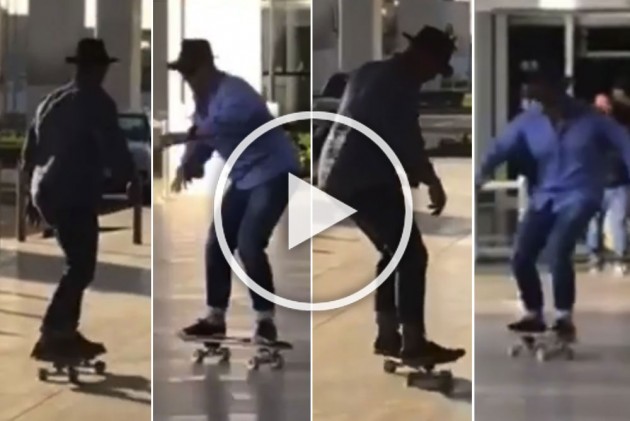 On the eve of the fourth ODI match between India and Australia, legendary Aussie opener Matthew Hayden enthralled the onlookers at Chandigarh with an impromptu skateboard performance.

A video of his virtuoso 'surfing' on land is doing the rounds on social media. Watch it here:

While waiting for his car outside the Chandigarh airport, Hayden utilised the idle time to indulge in one of his favourite pastimes. It literally set the tone of the match, which is expected to be a thriller.

Hayden, a known sports fanatic, had injured himself in a freak surfing accident last October. After miraculously escaping alive with fractured vertebrae and torn ligaments, the 47-year-old said that he had "dodged a bullet". The accident happened while surfing with his son on Stradbroke Island in Queensland.

India are playing Australia in the penultimate match of the five-match ODI series in Mohali.

India lead the series 2-1 after wins in Hyderabad and Nagpur. Aussies won the third match at Ranchi to keep the series alive.

Meanwhile, India captain won the toss for the second time in a row and opted to bat first in Mohali.