India Vs Australia: Hosts Aussies Set To Be Unchanged For Boxing Day Test 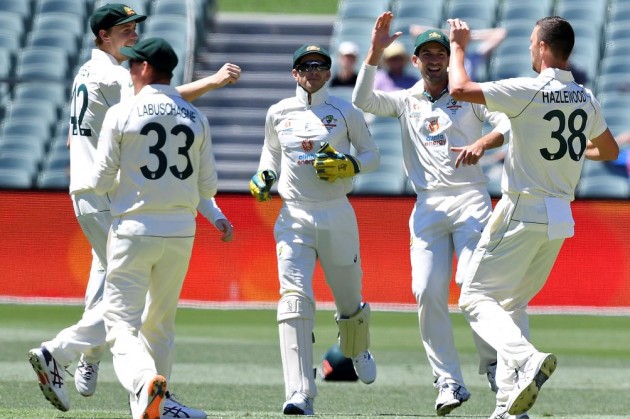 Justin Langer confirmed Australia were set to be unchanged for the second Test against India in Melbourne.  Tour Schedule | News | Photo Gallery

Australia go into the Test with a 1-0 series lead and with David Warner already ruled out due to an adductor injury.

After an eight-wicket victory in Adelaide, Australia head coach Langer said his team were set to be unchanged.

"I'd be a pretty courageous man to change the 11 for this Test match after the last one," he told a news conference on Thursday.

"At this stage, unless something happens over the next few days – and it can happen in the world we live in – we'll go in with the same 11, I'd say."

With Warner unavailable, Joe Burns and Matthew Wade are set to open for Australia again at the MCG.

Langer hopes Warner is ready to return for the third Test, which begins in Sydney on January 7.

"We're very hopeful. He batted really well yesterday in the nets, he's moving well, he's as enthusiastic as ever," he said.

"He's got so much energy and passion for the game and he'll be doing everything possible to get back out onto the ground.

"He's having a bit of trouble running at full speed. When he gets that back and feels confident with it, of course he'll come back into our team. We'll just monitor him regularly, and fingers crossed he'll be back."