With the 36-year-old Tim Paine reaching the fag end of his career, a fresh captaincy discussion has started. 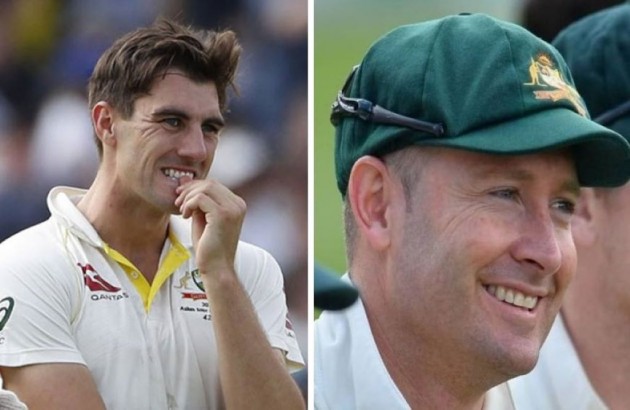 With the 36-year-old Paine reaching the fag end of his career, a fresh captaincy discussion has started. While there have been calls to reinstate Steve Smith as skipper, Clarke believes Cummins, who was recently appointed the sole vice-captain after previously sharing the role with Travis Head, should be handed the top job when it is time.

"Patty's ready for it. I love that they've given him the full-time vice- captaincy," Clarke told the Australian Associated Press (AAP).

Smith and his deputy David Warner stepped down from their posts after they were slapped with a one-year international ban for their role in the 2018 ball-tampering scandal.

Since then Paine has been at the helm of the Test team while Aaron Finch has handled the limited-overs leadership.

"Right now I think Finchy is doing a great job, Painey is doing a  great job. So, that gives Pat Cummins the opportunity to learn and watch and  sit back and and see how he feels about that role and experience a few different things," Clarke said.

"Hopefully he gets an opportunity along the way to captain in certain games, whether it be Australia A or whether it be a tour game, whatever it is, which I'm sure he will," he added.

The last time a speedster captained Australia was Ray Lindwall in a Test against India in 1956.

Clarke, who captained Australia in 47 Tests before retiring in 2015, also rejected the notion that a batsman is better suited to the role of captain than a bowler.

"Not at all. These days there's so much cricket. Batsmen get injured.  Bowlers get injured. Guys are going to be rested," he said.

"For me it's the right person for the job that's the most important, not whether you're a batter or bowler," Clarke added.