Cummins, 27, has been touted as a potential future captain of Australia, with Test skipper Tim Paine having celebrated his 36th birthday on Tuesday. 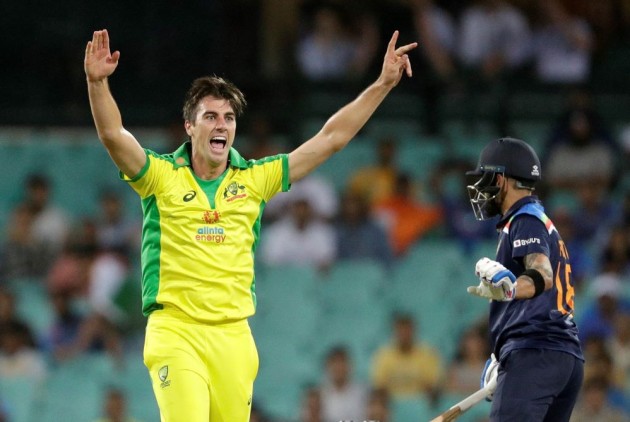 India great Sunil Gavaskar told the Daily Telegraph he expected the tourists to target Will Pucovski with the short ball after the batsman was hit in the helmet by a bouncer during a tour game.

Pucovski, 22, suffered mild concussion symptoms, which have put him in some doubt for the opening Test beginning in Adelaide next week, even with David Warner (adductor) ruled out.

But while Cummins said Australia liked to use the short ball at home, he cannot see a bouncer war being a major feature of the series.

"I'm not sure about that. For someone like Will, he's been hearing that for a couple of years. Scoring two double centuries back-to-back, I think he can handle that pretty well," he told reporters on Friday.

"If that happens then good luck, us bowlers will worry about what we want to do. Of course, it's a weapon that we like to use. Of course, here in Australia as well, slightly bouncier wickets, try to push the batter back.

"We'll see what happens. I can't see it being too much of a headline grabber this summer."

Fingers crossed for Will Pucovksi, who's retired hurt after this nasty blow to the helmet.

Cummins, 27, has been touted as a potential future captain of Australia, with Test skipper Tim Paine having celebrated his 36th birthday on Tuesday.

Backed by former captain Michael Clarke, Cummins said it was nice to receive the support.

"He's been a great supporter for me my whole career really. Yeah, great to hear from a really well-respected captain," he said.

"I loved having him as a captain when I played, I feel like he made me walk taller in my early years when I was still trying to find my feet. Having an ex-captain who has been there and done that, as a vote of confidence, that's nice.

"Of course, it means absolutely nothing because we've got some great captains at the moment, but very kind words.

"Speaking to a few people, out of all the formats potentially Tests are the easiest for a bowler to captain. Obviously you're going to be busy and putting in a lot of effort into bowling, but there's a bit more time that is afforded to you. The game moves at a slightly softer pace. I know there haven't been too many bowling captains, but I don't understand why it has to be a batter."