The Australians have already made a statement of sort with their dominant ODI series win as their batsmen came down heavily on the fancied Indian bowlers. 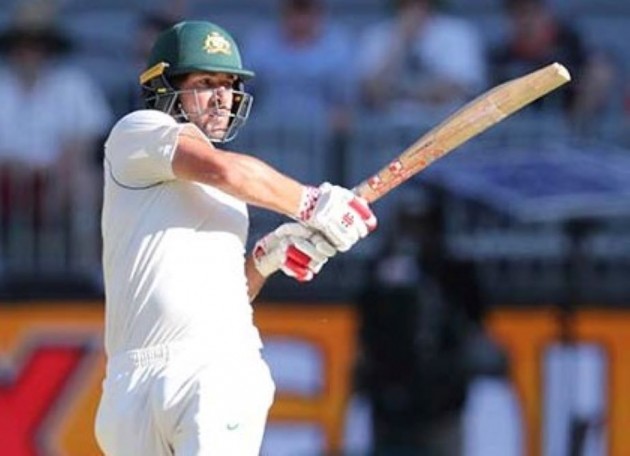 Wary of the "huge threat" the Indian pacers pose to them, Australia Test opener Joe Burns on Thursday said they will use the tour games to land the first punch and put the visitors on the back foot before the four-match series begins on December 17. (More Cricket News)

The Australians have already made a statement of sort with their dominant ODI series win as their batsmen came down heavily on the fancied Indian bowlers.

Before India and Australia begin the Test battle, the visitors are scheduled to play two three-day tour games against Australia A.

India A, which features Test specialists, will take on Australia A in the first three-day game, starting December 6. The second tour match, scheduled to begin from December 11, will be played with pink ball.

"The focus is always about trying to win games and starting this week with Australia A, it's about getting our preparations sorted for the Test series but also putting India on the back foot, landing the first punch and making sure they don't take any momentum into what's going to be a fantastic series," Burns said at a virtual news conference.

Burns said India have a skillful bowling attack, spearheaded by Jasprit Bumrah, and they have to "start well" against them.

"It's the role of the openers. It's not always the runs you make. Sometimes it's the balls you can face and the pressure you can absorb that goes a long way to getting results.

"Their bowling attack has stayed together for a long time now, so we've all seen their bowlers, but they're very skillful and they're going to pose a huge threat. They're a team that you can't take lightly, they're a world class outfit and their bowling attack plays a big part in that."

"We'll prepare really well for this game and do as much preparation as we can (for Adelaide Test) and make sure we are really prepared for a really tough battle. If we can start well it's going to go a long way to winning the series."

Burns said spending time in the middle during the A games will help them get a measure of the visiting batsmen and bowlers.

"So by the time we get to that first Test we'll be as best prepared as possible," he said.

Burns is expected to open with an in-form 22-year-old William Pucovski in the pink-ball Adelaide Test as regular opener David Warner is down with a groin injury.

Burns said building a rapport with Pucovski would be crucial since they have only batted together once in an A-game in Sussex last year.

"I haven't had a chance to bat too often with Will. So the Australia A game and the lead-up to it, it's a crucial part of our preparation as a Test squad. It's exciting, Will's obviously in really good form. He's earned his spot in the squad and I'm just looking forward to getting to work with him and getting stuck in," he said.

The 31-year-old, who has appeared in just 21 Tests since making his debut against India in December 2014, has been struggling of late. His top-score was 29 from five innings in Sheffield Shield.

"The last few weeks I actually got a chance to go away to Byron Bay and worked with our batting coach Adam Hollioake. The key thing was to work on just patience. So I've faced thousands of balls and just tried to face each ball like It's my first one," he said.

"The real basics of the game - if you do the basics well, you can't go too far wrong."