Bangladesh, which is missing out big players like Shakib Al Hasan and Mashrafe Mortaza, are often considered to have the ability to put India under pressure, and Rohit Sharma feels so too. 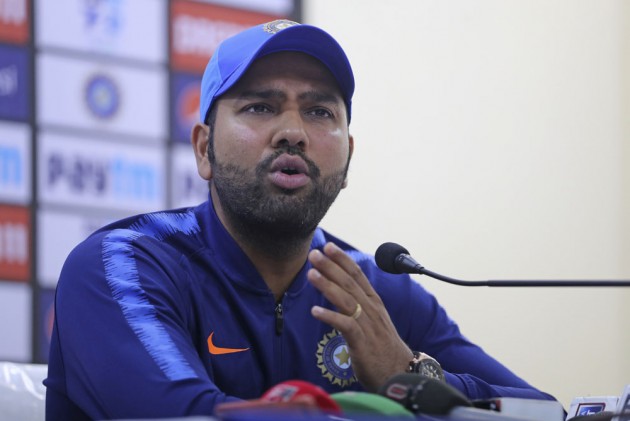 Ahead of the first T20I of the three-match series against Bangladesh, India skipper Rohit Sharma said that the visiting team can defeat anyone.

Bangladesh, which is missing out big players like Shakib Al Hasan and Mashrafe Mortaza, are often considered to have the ability to put India under pressure.

"I know they have two key players missing from their squad, but they still have quality within their ranks and they can beat anyone," Sharma told reporters in the pre-match conference.

"Bangladesh is a very very good team. We have seen how well they compete now. Both home and away, they are a commendable outfit. They have always put us under pressure, we do not look at them differently," he added.

The 32-year-old opening batsman said that as youngsters they have to try to learn things. Indian team have included many young players in the T20 squad against Bangladesh.

"When you come into the team as a young player, you are only trying to learn things. With a few ups and downs in my career, I have become a stronger player. I have understood what different types of situation demand. It has been a fruitful journey so far. There are many crucial knocks that I have played in my career so far. I will cherish all the innings that I have played," Sharma said.

"My job as a captain here is pretty simple, I am not the regular captain. I just want to take the side forward from where Virat has left. Every individual is different. Whenever I have led the time, it is about taking the team forward," he added.

Talking about the team selection, the skipper said that the playing eleven will be decided after assessing the pitch conditions.

"We have to see the conditions, what the pitch has to offer, if the pitch is slow, spinner bowlers have to be taken into consideration. We will assess the conditions, but they both are definitely in the fray of selection," Sharma said.

"You need a lot of strategy and planning in the shortest format of the game. I have probably executed that in Mumbai Indians with the help of the staff. When you are the captain, you are not such an important person, the other ten players are important because you want to get the best out of them," he added.

India will take on Bangladesh in the first T20I of the three-match series tomorrow at the Arun Jaitley Stadium.