India Vs Bangladesh, 2nd T20: Hard To Stop Rohit Sharma When He Is Enjoying – Mahmudullah Riyad

Bangladesh had managed to score just 153/6 in the allotted twenty overs and Rohit Sharma's knock of 85 runs helped India to chase down the target with eight wickets in hand and 26 balls to spare. 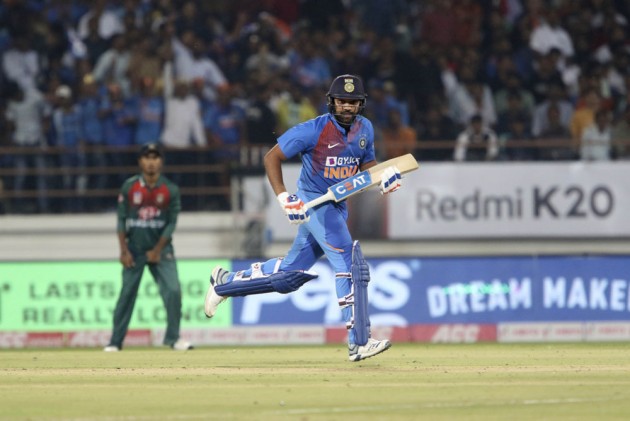 After facing an eight-wicket loss against India in the second T20I of the three-match series, Bangladesh skipper Mahmudullah Riyad on Thursday said that the team should have scored at least 175 runs batting first. He also went on to state that it is very hard to stop Rohit Sharma, when he is enjoying his cricket.

Bangladesh had managed to score just 153/6 in the allotted twenty overs and Rohit Sharma's knock of 85 runs helped India to chase down the target with eight wickets in hand and 26 balls to spare.

"We should have scored at least 175 batting first. If Rohit is having a good time, it is really hard to stop him. If we had 175 plus on the board, we would have had a chance to defend the score. The wicket was very good to bat on, the new ball was coming on nicely on to the bat, if Rohit and Dhawan get going, it is tough to stop them. Our score was not enough at the end," Mahmudullah told reporters.

Mohammad Naim and Mahmudullah's knocks of 36 and 30 respectively had enabled Bangladesh to post a score of 153/6 in the allotted twenty overs. Yuzvendra Chahal scalped two wickets for India and he was the key bowler as he put a hold on Bangladesh's run-rate.

Bangladesh had defeated India on Sunday by seven wickets in the first T20I of the three-match series. This win was Bangladesh's first over India in the shortest format of the game.

"The pressure was not on us probably. We need to rethink as a group as to what mistakes we made in this game to come out stronger in the next match. I don't blame anyone, we just need to understand the momentum of the game. We do not need to change much, there are a few areas that we need to identify, especially in batting. We should have scored 170+ on this wicket, but we were not able to do it as we lost wickets at crucial junctures," Mahmudullah said.

"Cricket is a game where you can learn each day. Great players do not repeat their mistakes. As a learning curve, it would be great for youngsters and we need to try not to repeat the same mistakes. We knew the wicket would be good for batting, openers gave us a good start but we failed to capitalise in the end," he added.

Mahmudullah also said that it was important for the set batsman to stay at the crease for a long time at the pitch in Rajkot.

"In these type of wickets, it is paramount that the set batsman stays till a long time just like Rohit did for India. As a group, we should need to think about what different things we can do in the final match of the series. I do not think our self-belief will go down just after one loss, we just need to focus on what we can do to win the final match," Mahmudullah said.

India and Bangladesh will next lock horns in the final T20I of the three-match series on Sunday, November 10, in Nagpur.