India's lower-middle order batting failed to come good against England and that's making the team management to look at Bhuvneshwar Kumar and Ravindra Jadeja as options. 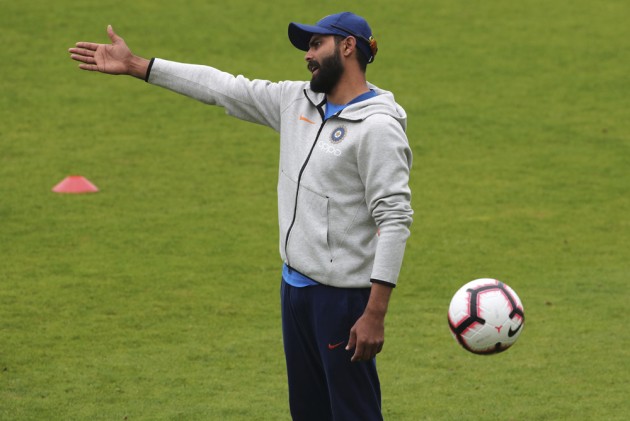 Bhuvneshwar Kumar and Ravindra Jadeja are under consideration for an India recall against Bangladesh, as the two-time winners look to shake-up their team following a first World Cup defeat. India went down by 31 runs to hosts England at Edgbaston and are still yet to confirm a semi-final place.

Win against Bangladesh and they will do just that but batting coach Sanjay Bangar believes some added oomph with the bat is required. A slow run-rate was blamed for Sunday’s loss, despite Rohit Sharma scoring his third century of the tournament with a fine 102, and Bangar believes a lack of depth lower down the order forced his batsmen to take fewer risks.

Bowling all-rounder Bhuvneshwar Kumar has not played since suffering a muscle injury against Pakistan two weeks ago, with Mohammed Shami coming into the side and cementing his place with 13 wickets in three games, while Ravindra Jadeja – a spinner who has 10 ODI fifties – has yet to feature at the tournament.

“If you don’t have major contributions from the middle order then someone like Bhuvneshwar Kumar lower down becomes really important,” Bangar said.

“Anyone who is handy at number eight, and it could be Jadeja, gives you some freedom. It takes the pressure off those batting at six and seven so that they can start going at the bowling a little earlier.

“From that point of view, it is a tactic we are thinking about. There will be a point in the tournament where we have to assess every combination.”

He added: “I think after the England game, the management team will be more open to various combinations.

“We are open to all combinations. Three seamers can play, with Hardik (Pandya) as the fourth seamer, or we can look at Ravindra Jadeja coming in.

“We are thinking about all of these things.”

Bangladesh need to win to keep their own hopes alive and they will have noted how England overcame India, with a key emphasis on attacking the spinners.

Yuzvendra Chahal and Kuldeep Yadav conceded 97 runs from the first ten overs between them on against England, with Jonny Bairstow and Jason Roy dishing out the punishment.

However, Bangar insists knowledge is power and has backed them to respond.

“Playing on the same track, we know the wicket and dimensions well. We will also learn from a bowling perspective, because in the last six or seven overs against England we gave away a lot of runs," he added.

“It was one of their (spinners) off-days but they have been doing really well for us. We need to continue to back them in the next games. They will have a crucial role to play.”