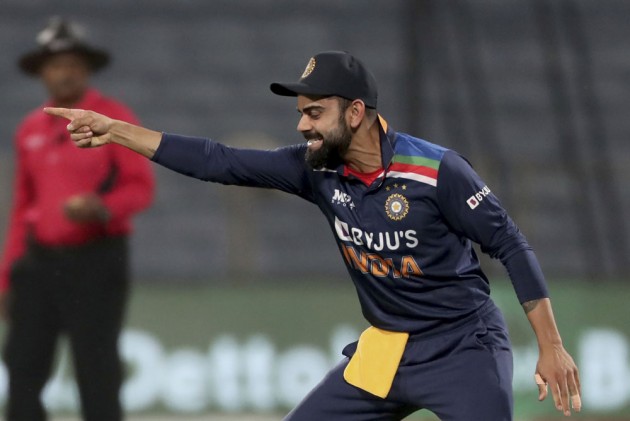 India have won three and lost two in five One Day Internationals at Maharashtra Cricket Association Stadium, Pune where the second match of the series against England is being played on Friday (March 26).

England, on the other hand, have lost both ODIs played here. They lost to India by three wickets with 11 balls remaining in the first encounter between the two sides on 15 January 2017.

In the first ODI match of the current series, India defeated England by 66 runs on Tuesday.

Virat Kohli’s 122 off 105 balls with eight fours and five sixes against England on 15 January 2017 is the highest individual score at this ground.

Jasprit Bumrah's four wickets for 35 runs against West Indies on 27 October 2018 is the best bowling performance at this venue.

Prasidh Krishna’s four for 54 on debut in the first match of the series is the second-best bowling here.

** India’s 66-run victory in the first match of the series was first after three successive defeats against England.

**Jonny Bairstow scored 2654 runs since began opening the batting for England in ODIs on 14 June 2017. Only one batsman has scored more runs at the top of a batting order -- Rohit Sharma (3831). And some of that is thanks to more innings played.