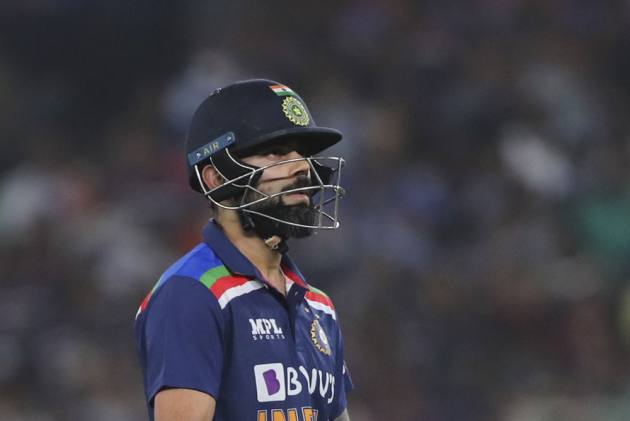 India captain Virat Kohli was on Friday dismissed for a duck by England's Adil Rashid during their first T20I match at Narendra Modi Stadium, Ahmedabad.

After losing the toss, India needed Kohli's presence at the crease in the second over itself with KL Rahul falling to Jofra Archer early. But the kipper too didn't last long as Rashid had him caught by Chris Jordan for a five-ball duck.

This was the 32-year-old's 14th duck. And he thus became the India captain with most international ducks, going past Sourav Ganguly.

The BCCI boss failed to open his account 13 times during his illustrious career as India captain. Kohli's predecessor MS Dhoni is third on the list with 11 ducks, followed by Kapil Dev (10).
Mohammad Azharuddin (8) completed the top five in this unwanted list.

Kohli was not the only Indian batsman to struggle against England at Motera on Friday as the hosts managed just 124/7.

Despite Shreyas Iyer's dogged 67-run knock, India failed to post a big total at a venue where they have toyed with England in two Test matches.