India Vs England: Virat Kohli’s Return Adds To Embarrassment Of Riches For Hosts 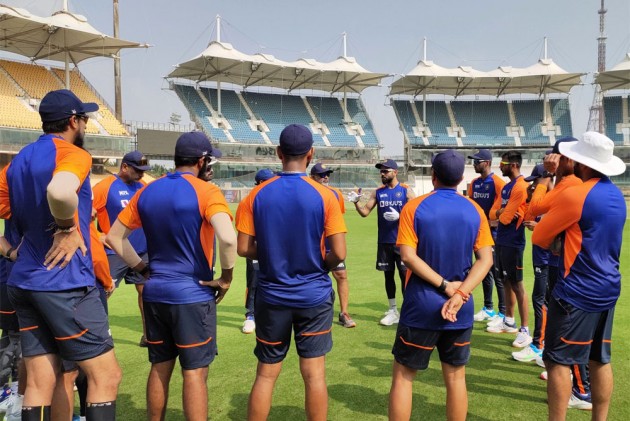 Cricket is all about confidence and as India take the field against England at Chepauk on Friday, they go into the series riding high on Cloud 9, in the afterglow of their incredible performance in Australia. And it looks set to carry them upwards and onwards for a while yet! The courage, character and fighting spirit that the team had collectively displayed was unprecedented and they are deservingly the World Test Championship leaders at this time.

Their game now looks all set to flow from that level when they take on England at home, the first team to tour India since March last year when the COVID-19 outbreak resulted in the visiting South African team returning home without playing a single match.

The four-Test match series has the potential of being as exciting as the one in Australia, with the first two Tests being played at Chennai and next two at Motera, Ahmadabad. The third Test will be a day-night game and there will be three white ball ODIs, and five T20Is to follow after the Test matches. And spectators look all set to return to Indian grounds from the second Test onwards.

Coincidentally, the last Test match played at Chepauk was also between India and England, played in 2016, when India won in the final hour on the fifth day after England had scored 470 in their first innings. India had amassed 700 plus, with a triple century from the now-forgotten Karun Nair.

And totals like that might just become the norm again, unlike the 350- 375 scores that are par for the course, elsewhere. Putting up big scores and batting for long periods will be the key to success in this series, as will adapting to conditions and playing accordingly.

On the fantastic batting surfaces that most Indian wickets are, coupled with very limited swing or lateral movement off the seam, a good first innings score can be anywhere in the region of 500-plus and the ability to go on to such totals could well be the difference between two sides. This in turn, will call for a different level of physical and mental commitment from the players.

Coming off the landmark Australian tour, India will start as firm favourites and with Virat Kohli coming back into an already formidable batting order that has proved itself in the toughest of conditions, the team suddenly assumes an impregnable aura. With Ravichandran Ashwin, Hardik Pandya and Ishant Sharma also on the list of available players, India have an embarrassment of riches. The top order itself has the impressive Shubman Gill, the explosive Rohit Sharma and the indomitable Cheteshwar Pujara, leaving it much better placed than the England top order at this time.

England will be seriously tested against a resurgent Indian attack, which has just shown how formidable it can be, even in the absence of senior, well established bowlers. At the top of the order, Dom Sibley has the grit and patience necessary at this level but there are serious doubts about his ability to score, especially against spinners.

The supremely talented Zak Crawley has great potential, but his recent failures in Sri Lanka haven’t exactly inspired confidence and he needs to prove himself again. As does Rory Burns who has a question mark hanging over him as well, if his struggles against the spin of West Indian non regular Roston Chase were anything to go by.

Any advantage England might derive from Joe Root's current superlative form at No. 4 would largely be negated by his counterpart Virat Kohli also coming in at a similar position in the batting order for India. Root is of course, coming off a superb double century and century in Sri Lanka, and having toured India a couple of times before, has the necessary experience to succeed in these conditions. 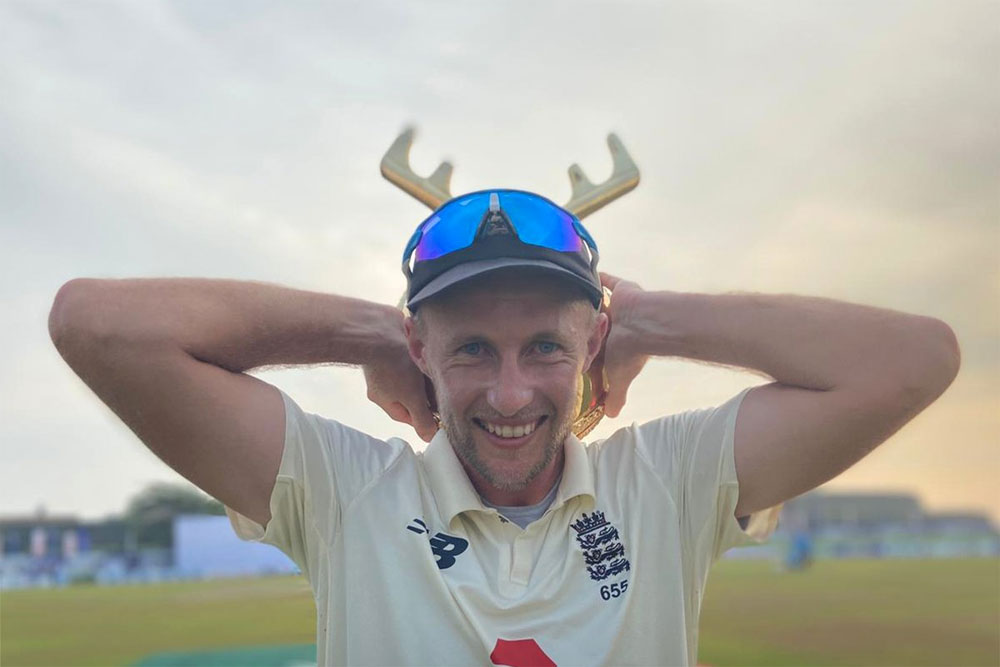 But like Steve Smith in Australia, the England batting may rest just a little too much on his shoulders and any slippage from his current dizzying standards may spell trouble for his team. The Indian side on the other hand, has no such worries at this time.

The middle order for both teams is a mixture of explosive stroke play and steadiness. Ajinkya Rahane, Rishabh Pant and possibly, Hardik Pandya make a formidable Indian middle order, with the ability to effortlessly accelerate whenever necessary, which is such a vital ingredient for winning Test matches, as we saw at the Gabba recently.

England have a similarly explosive middle order with Ben Stokes and Jos Buttler and possibly Ollie Pope, all capable of scoring quickly, while new boy Dan Lawrence could contribute substantially as well. Buttler's impending departure after the first Test will provide the patiently waiting Ben Foakes a chance to keep wickets for England once again in the last three Test matches, which could turn out to be a boon for them because on the low turners here, it is always a good idea to have your best ‘keeper behind the stumps, specially when teams grind their way to big totals. India may just have a few problems in that area too.

The return of two of their most charismatic superstars, fast bowler Jofra Archer and all-rounder Ben Stokes, both of whom were rested for the Sri Lanka series, will give England much to cheer about since both have the ability to turn a game on its head on their day.
The presence of Archer, combined with the skill and experience of stalwarts James Anderson and Stuart Broad, would provide the England pace attack an enviable cutting edge under normal circumstances. However, the prodigious swing and seam movement that makes them so lethal back home, will be conspicuous by its absence here and although Anderson remains the highest wicket taker against India in Test cricket, his effectiveness in Indian conditions remains to be seen.

While India’s fast bowlers have made a name for themselves in recent times, the spinners Ashwin, Ravindra Jadeja once he is fit, Axar Patel, Kuldeep Yadav and Washington Sundar, are all expected to have a big impact in a home series. The best thing about this Indian bowling attack however is, that it’s no longer only about spin and is potent and incisive under all kinds of conditions. 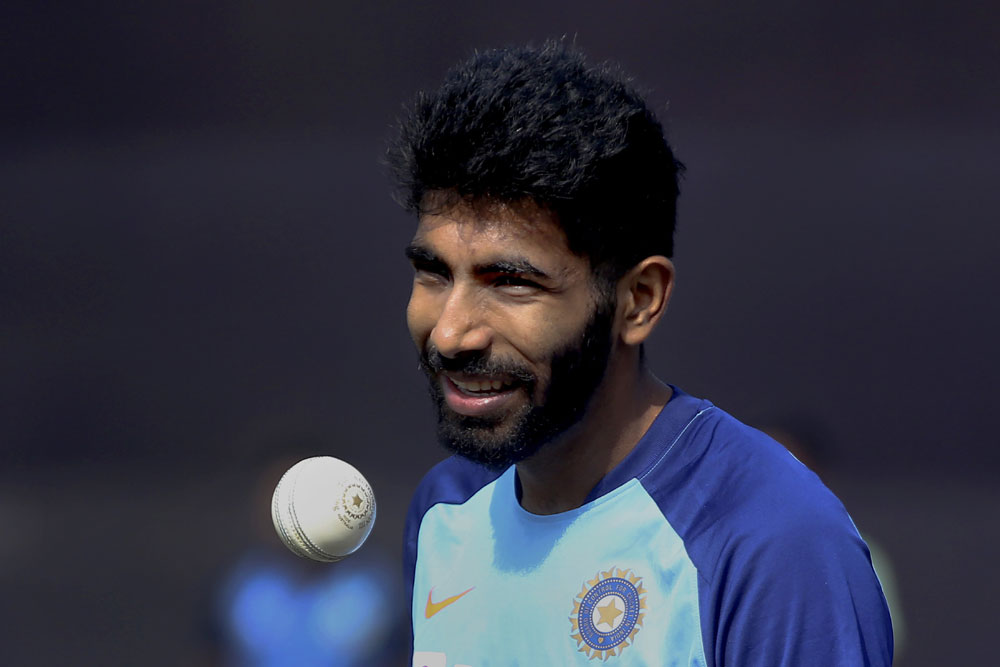 The pace attack will be spearheaded by Jasprit Bumrah again, supported possibly by Ishant Sharma, while Mohammed Siraj heartbreakingly, may have to sit out this one after his superb Fifer at the Gabba, as India actively consider the option of playing three spinners. Incredibly, Bumrah will be playing his first Test at home when he takes the field in Chennai, which remains the most successful Test venue for India in terms of matches won.

And for the more statistically minded fans, there is the lip-smacking anticipation of a plethora of records that could be equalled or broken in this series as Root, Anderson, Kohli, Ashwin and Bumrah all look at achieving huge personal milestones.

And finally, England’s history of employing the sweep shot successfully against Indian spinners goes back a long way and is likely to surface this time too. Apart from the fabled tale of Graham Gooch literally sweeping India out of the World Cup semi-final a couple of decades ago, there was the unforgettable spectacle of the mercurial Kevin Pietersen sweeping his way to a series-turning 186 on a square turner at Mumbai, some years ago. Both instances represented stunning counterattacks mounted after hours of practise on the eve of those matches.

Joe Root will probably try it this time. As will Jos Buttler and Ben Stokes. But it would need exceptional skill on their part to use it consistently and successfully and perhaps the reverse sweep will also come into play significantly, this time around. In either case, it will help batsmen to open up gaps in the field and enable them to rotate strike and keep the scoreboard moving against world class spinners who can otherwise throttle the batting in a vice like grip. The Indian batsman would of course, be more comfortable using their feet and the depth of the crease to get after the English spinners.

So, all in all, it looks set to be another fantastic series and like the recently concluded one in Australia, another great advertisement for the modern five-day game. One that fans starved of International cricket at home for the past one year, are eagerly looking forward to!