India Vs Pakistan, Cricket World Cup: Whom Does The Stats Support In ODI Format, Jasprit Bumrah Or Mohammad Amir?

Cricket World Cup's India Vs Pakistan takes place on June 16, in Old Trafford, Manchester. Other than the more popular batsmen, the bowlers also have a crucial role to play, especially Jasprit Bumrah and Mohammad Amir. 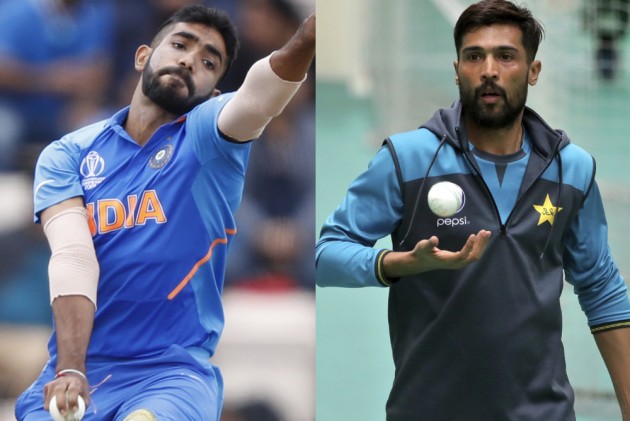 With Cricket World Cup's India Vs Pakistan a few hours away, social media has gone into a state of frenzy! Virat Kohli's side are hoping to continue their momentum, while Sarfaraz Ahmed's team dearly need a victory. Going into the showdown, a lot of attention will be directed towards the bowlers of both sides; particularly Jasprit Bumrah and Mohammad Amir.

Both of them have been in fantastic form, while Bumrah is currently enjoying a lot of success after being ranked as number one in ICC's Bowling Rankings. Meanwhile, Amir is 27th.

Let's not decide their displays on the basis of such rankings, as cricket is an unpredictable sport!

25-year-old Bumrah has bowled 437.3 ODI overs, spanning 28 matches. In total, he has registered 90 wickets in this format. He has also conceded 1,979 runs. Also, he has had five four-wicket hauls.

Amir has had two four-wicket hauls. The 27-year-old has played four matches against India, bowling 43.0 overs. Against the Men in Blue, he has notched five wickets, and conceded 214 runs. He also has a 4.78 economy rate in this format. 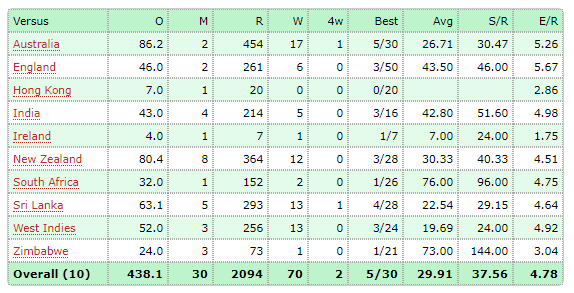 Interesting, Bumrah has more wickets than Amir, although the latter has played more ODI fixtures. But anything could happen in Old Trafford, so any predictions are useless.

The Men in Blue have won all their World Cup matches against the Green Army. The teams have played six matches against each other. Interestingly, five of those wins have come after defending a first innings total for the two-time champions.

India have also won four of their last five ODIs against Pakistan. The only loss was in the finals of an ICC tournament in 2017.