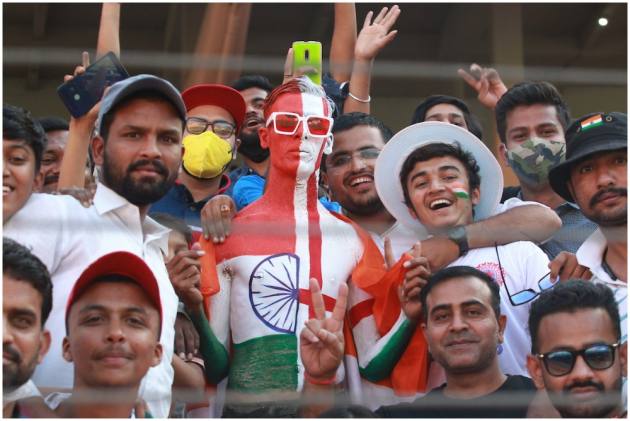 Sports lovers will be spoilt for choice on Sunday, October 24. At a time when there is so much negativity due to the Covid-19 pandemic around the world, Sunday’s blockbuster India vs Pakistan T20 World Cup 2021 clash and a slew of football matches, including the famous El Clasico, will bring smiles to the faces of sports lovers for the first time since COVID struck in March 2020.  (More Cricket News)

Here are the big-ticket sports events on October 24 and live streaming and live telecast details:

It will be for the first time in close to two decades, Cristiano Ronaldo and Lionel Messi won’t be a part of La Liga's El Clasico when Real Madrid square off against Barcelona at Camp Nou on Sunday evening. While Real Madrid have been able to hang on to a top-three spot, Barcelona are at a rare seventh spot in La Liga. (More Football News)

Ronaldo had already moved out of La Liga in 2019, while Messi along with Sergio Ramos left Barcelona this year to set up new homes at Paris Saint-Germain. With none of the stars present on Sunday, the high-octane clash may see an emergence of a new star in La Liga.

Lionel Messi is slowly adapting to his new life at Paris Saint-Germain and the Argentina star will be looking to make a mark when the former champions meet Olympique de Marseille in Ligue 1 at Stade Velodrome. With Sergio Ramos unlikely to feature on Sunday too, the onus will be on the likes of Messi, Ramos, Gianluigi Donnarumma, Achraf Hakimi and Georginio Wijnaldum.

Two of the biggest English Premier League giants – Manchester United and Liverpool – will face off at the iconic Old Trafford on Sunday night. While Manchester United are coming from a morale-boosting Champions League 3-2 win against Atalanta, Liverpool are on a high after dismantling Watford 5-0 in Premier League and eking a 3-2 victory against Atletico Madrid in Champions League.

The India vs Pakistan T20 World Cup 2021 Super 12 blockbuster clash in Dubai is the ultimate 'war' in cricket. For the record, India have been beaten Pakistan in all their World Cup (ODIs and T20s) clashes so far. In T20 World Cups, India have a 5-0 head-to-head record and will aim to make it 6-0 on Sunday. (IND vs PAK LIVE STREAMING)