India Test cricket team's opening pair Rohit Sharma and Mayank Agarwal achieved the feat with a stand of 317 runs in the ongoing the first Test against South Africa. 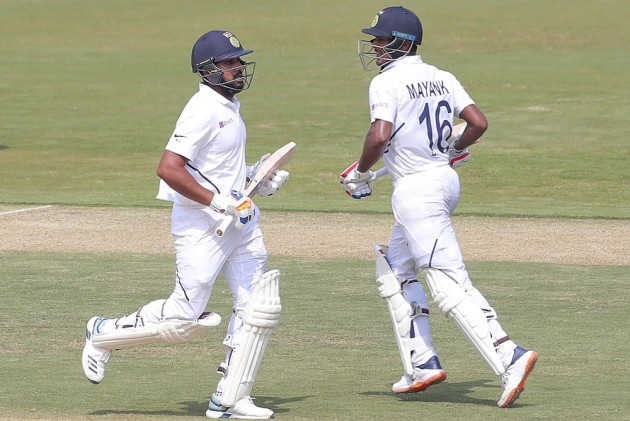 Rohit Sharma and Mayank Agarwal on Thursday became only the third Indian opening pair to share a 300-run partnership in the history of Test cricket.

Rohit and Agarwal achieved the feat with a stand of 317 runs in the ongoing the first Test against South Africa here.

Rohit, who made his debut as a Test opener here, was dismissed after scoring 176, while Agarwal scored his maiden Test hundred.

Besides Rohit and Agarwal, other Indian opening pairs to share a 300-plus partnership in Test cricket are Vinoo Mankad and Pankaj Roy (413 runs against New Zealand in 1956) and Virender Sehwag and Rahul Dravid (410 runs against Pakistan in 2006).

It took the 28-year-old Agarwal, who made his debut against Australia in Melbourne in December 2018, eight innings to register his maiden Test century. He also became the 86th Indian batsman to score a hundred in Test cricket.