Home  »  Website  »  Sports  »  India Vs South Africa, 1st Test: Rohit Sharma Reveals Everything About His First Century As An Opener

India Vs South Africa, 1st Test: Rohit Sharma Reveals Everything About His First Century As An Opener

Rohit Sharma, who failed to make the final XI in the West Indies, played an assured knock against South Africa on Day 1 of the first Test to help India seize the initiative 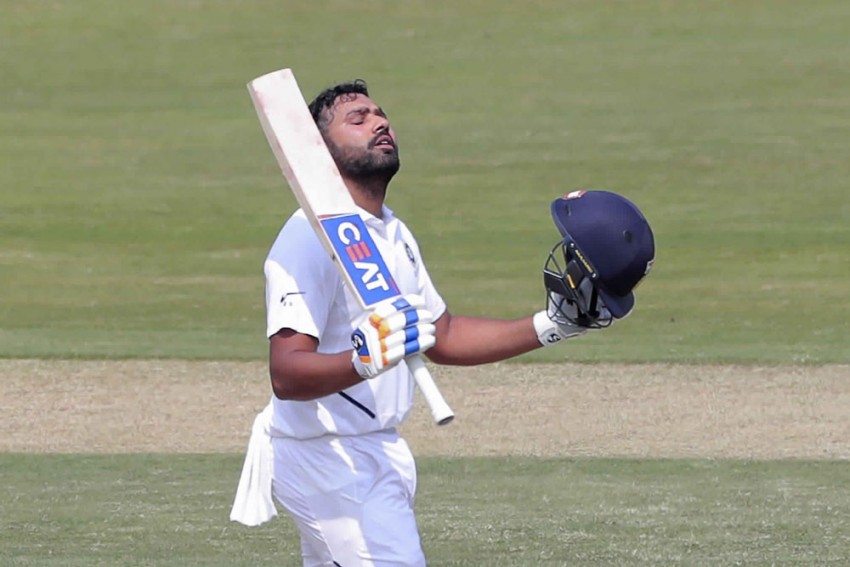 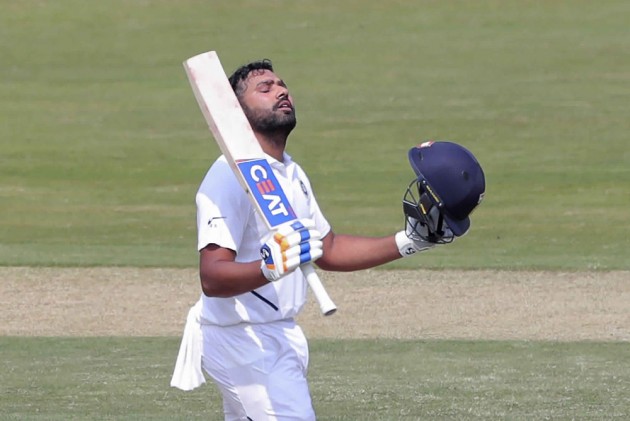 Emphasising that opening the batting suits him, Rohit Sharma said he was mentally prepared to make the switch as he scored an unbeaten 115 in his first Test innings as opener on Wednesday.

With his assuring knock, India seized the initiative on day one of the series opener against South Africa.

Asked about his mindset in the lead up to the series, India’s limited overs vice-captain said he kept things simple in his head.

"The talk (of him opening in Tests) was going on for a long time. In the West Indies (in August), they told me clearly it is going to happen now. I was prepared for the past two years. At some stage, I was aware that I might have to open so I was ready," said Rohit after scoring his fourth Test ton.

Rohit was in the Test squad for the series against the West Indies but could not final place in the middle order as Ajinkya Rahane and Hanuma Vihari were in fine form.

"Of course, opening the batting is a different ball game in red ball cricket. Mentally you have to train your mind more than anything else. At the same time, you do need to look into some technical aspects of batting but more than that you have to challenge yourself mentally to play the new ball and take the game forward.

"Those are the things I kept in mind when I went out to bat. There was no confusion about how I wanted to approach the innings."

In ODIs too, Rohit used to bat in the middle order but he became a white-ball great only with his stupendous success at the top of the order.

"I think it (opening) just suits my game, just wear the pads and bat. It was a waiting game, when I used to bat at five or six. I won't say it didn't suit my batting. Your mind is fresh, we know we have to play the new ball. You know the bowlers who will bowl the new ball, these will be the fielders, so the game plan is easier for you.

"At number six, the ball is reversing, field placement is different and you need to keep all those things in mind. That game of wearing the pads and going in to bat suits me more," said the maker of more than 10,000 runs in limited overs cricket.

Opening in Tests is a challenge for the best of the batsmen. Asked what made him say yes to the team management, Rohit said, "When you are playing international cricket, you always look for opportunities. This is a great opportunity for me. Yes there will be lot of challenges ahead but I am not focusing on that. I believe in staying the present."

"When you start the innings for the team, there is so much positivity and there is a feel good factor. The opportunity presented itself and I wanted to take that opportunity. I was pretty clear in my communication to the management and they were pretty clear about what they wanted from me."

Rohit made batting look easy on a low and slow day-one pitch but he had to see off a testing spell from Vernon Philander who had dismissed him for nought in the warm-up game, last week.

"The red ball moves for a longer period of time and it will possess a lot of threat. In any conditions, the first few overs, the ball will do something. I was just focusing on the basics, playing close to the body and leaving the ball.

"We have played so much cricket in India. I know what happens after 7-8 overs once the shine is gone. It does not swing much thereafter. And from there on it is about taking the game forward. It is a slow and low pitch. So it is crucial for you don't get stuck at any time.

"I have played lot of first class cricket as well so I know the conditions. I know how tough it is to score once you get stuck with fielders standing inside the circle," Rohit added.