South Africa defeat India in their third T20 at M. Chinnaswamy Stadium, Bengaluru. With the series levelled, Proteas skipper Quinton de Kock feels that his side worked really hard on fielding and it worked. 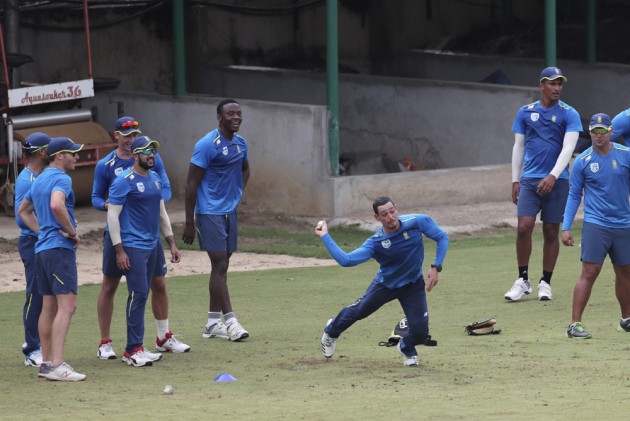 After showcasing a brilliant performance against India on Sunday, South Africa captain Quinton de Kock said team's hard work has paid off. The Proteas, throughout the series, displayed amazing fielding. With the combination of good fielding and bowling, they restricted India to 134 runs in the third T20I at M. Chinnaswamy Stadium, Bengaluru. The Proteas then easily chased the target to register a nine-wicket victory.

"Coming into the series, we worked really hard on our catching and fielding in general. It is a good feeling to see everything coming together, from a captain's point of view and from the team's point of view. It is nice to see that hard work pays off," De Kock said in a post-match press conference.

Bjorn Fortuin took two wickets in the match and conceded 19 runs from his three overs. De Kock praised Fortuin saying that: "I am impressed with Bjorn Fortuin, a young spinner. The Indian team is very good to play spinners and to bowl the way he did, I can only praise him at the highest level."

With this win, South Africa levelled the three-match T-20 series against India.

South Africa batsman Rassie van der Dussen, who accompanied De Kock during the press conference, called De Kock a world-class player and said he led from the front as De Kock played an unbeaten knock of 79 runs during the chase.

"We probably would have bowled first and I think they did not add enough runs to really put us under pressure. Quinton is a world-class player.... We came here with a goal to win and send a strong message and captain led from the front," he said.