Bahrain are ranked 85th in the FIFA chart as against India's 57th position. India had beaten UAE 4-1 and lost to Tunisia 0-1 in Dubai in international friendly matches earlier this month. 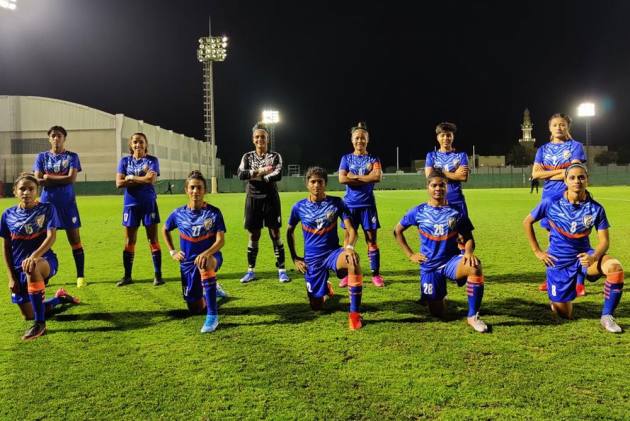 Pyari was, however, sent off by the referee in 73rd minute.

Bahrain are ranked 85th in the FIFA chart as against India's 57th position.

India had beaten UAE 4-1 and lost to Tunisia 0-1 in Dubai in international friendly matches earlier this month.

The team faces Chinese Taipei, who are ranked higher at 40th in the FIFA chart, here on Wednesday.

The friendly matches are part of preparations for the AFC Asian Cup, which will be hosted by India in January-February.

Before the win against 100th ranked UAE on October 2, the Blue Tigress have been winless in the five previous matches this year, though all of them were against higher ranked European sides.

This tour of four international friendly matches was the first under the charge of Thomas Dennerby.