The Indian women's team, as part of their preparation for the AFC Asian Cup, is currently training in Jamshedpur. 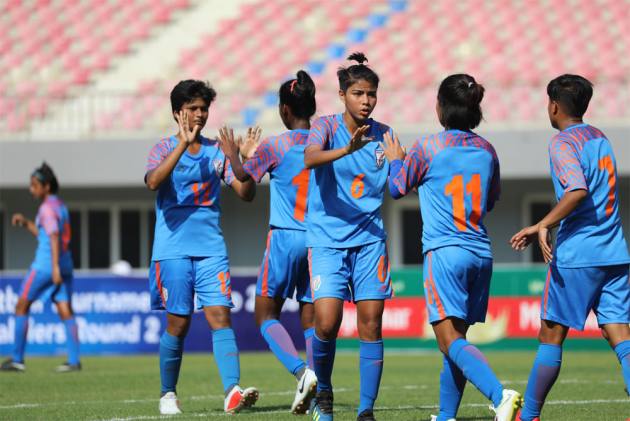 The Indian women's football team will play multiple international friendlies, starting next week in the UAE, as part of its preparation for the 2022 AFC Asian Cup at home. (More Football News)

According to the itinerary unveiled by the All India Football Federation (AIFF), the women's team, which has been training in a camp in Jamshedpur for around a month, will play two friendlies against the United Arab Emirates and Tunisia. The team will leave for the UAE on September 30.

The Indian Women's Team will then travel to Bahrain to play two more friendlies against Bahrain and Chinese Taipei.

That is likely to be followed by a brief stint in Sweden, where they are set to face two Damallsvenskan league teams, subject to permission to Indian citizens arriving in Sweden from relevant authorities.

"We are in the process of sorting out the travel protocol to the country as entry of Indian citizens to Sweden is still not open yet.

"I appreciate the efforts of the AIFF in finding us teams willing to play matches against us under such circumstances."

Dennerby said the quarantine rules in different countries in wake of COVID-19 has left India with very few options.

"We have been training in Jamshedpur for a month, in our quest to prepare for the AFC Women's Asian Cup India 2020 (January-February)," he said.

"Unfortunately, the current pandemic situation is tough and the reality is that there are different quarantine restrictions in different countries which kills many options for the Indian teams as entry for Indians in some countries is either still not yet open, or involves a major quarantine period."

Dennerby has already spoken about the importance of playing quality matches to get the girls match fit ahead of the big tournament, and he believes that the friendlies in UAE and Bahrain will help the team assess itself.

"The matches in UAE and Bahrain will allow us to judge ourselves where we stand against some good competitive opponents. Teams need to build up their defence, and also the build-up process, and all of that is judged in an international match," the coach said.

The Indian women's team, as part of their preparation for the AFC Asian Cup, will be based out of Jamshedpur, training in facilities provided by the Jharkhand Government.

"It's difficult to arrange such things during a pandemic, and it has been very helpful to have the facilities to train in Jamshedpur. The Jharkhand Government has left no stone unturned in providing us with the necessary facilities, and we are all thankful for that," he said.

"I hope with the correct mixture of training and friendlies against quality opponents, we can be more than ready for the Asian Cup."