The 57th ranked Indian team have been winless in the five matches they have played this year so far. The Blue Tigress will play Tunisia on Monday. 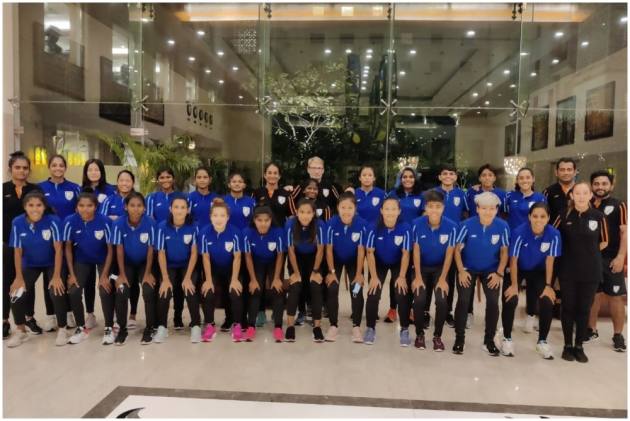 The Indian women’s football team would be looking for its first victory this year when they face United Arab Emirates (UAE) in an international friendly match on Saturday. The Blue Tigress have been winless in the five matches played so far this year, though all of them were against higher-ranked European sides. (More Football News)

The 57-ranked Indians would be looking for their first win in 2021 against UAE, ranked 100th in the FIFA chart, in the friendly match to be played as a part of preparations for the AFC Asian Cup, which will be hosted by the country in January-February.

Thomas Dennerby's side then play against Tunisia, ranked 77th in the FIFA list, on Monday at the same venue.

“We are putting a lot of effort into all the sessions. We do five technical and tactical sessions, we do running sessions, we also play friendly games against local sides. We are training hard for the Asian Cup next year,” Dennerby said.

The UEFA Pro License coach brings his own philosophy about the beautiful game into the team, and it is one where the whole squad strives to strike a balance in attack and defence.

“When it comes to defending, our team has to be organised. Every player has to know exactly what they need to do. We want the team to be compact and we are working on that,” said the Swede who took charge of the team earlier this year.

Dennerby is hopeful that a good run for India in the Asian Cup will go a long way in popularising women's football in the country.

“The mission is to have a successful Asian Cup next year. In Sweden, women's football is huge. In Nigeria, where I've also coached, football is like a religion. In India, the popularity is perhaps not as much as that. But that is also one of the exciting parts about the job for me,” he said.

“If we have a successful tournament, it could be huge for India. And if you look at the game, in terms of the physical and tactical parts, I must say that we have a lot of players that can play at a very high level.”