This will be the first time any Indian senior national team will be playing against either Brazil, Chile or Venezuela. The exposure tour is part of the Indian women’s team's preparation for the AFC Women’s Asian Cup. 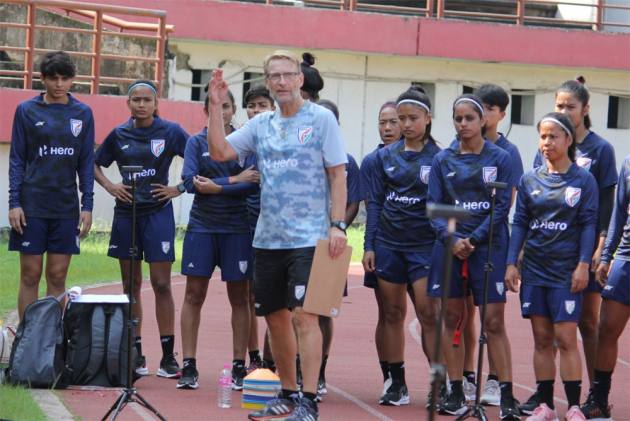 India have announced a 23-member squad for the tour of Brazil, were the national women's team will play a four-nation football tournament. Besides hosts Brazil and India, Chile and Venezuela also take part in the competition. (More Football News)

“Brazil are a really good team. No other team, since I have arrived, has tested our defence as much as Brazil will do next week,” said Dennerby.

India are the lowest-ranked team in the competito

“In the second game, Chile is another extremely technical side, but with all the hard work we have been doing, we have also raised our levels. The game against Venezuela will also be a particularly tough one for us,” the coach averred.

Brazil have already named the full squad for Brazil, which also contains legends of the game like Marta da Silva and Formiga Mota.

Dennerby hailed both the veteran Brazilians as brilliant role models for footballers worldwide and that the Indian players are looking forward to playing against them.

“They have a very good squad with stars like Marta and Formiga. The girls are all looking forward to it. It’s the first time that they will play a team of such stature, and it will be good experience for them all,” Dennerby stated.

Marta, the six-time World Player of the Year, was the best player and top scorer in the 2007 World Cup. She is Brazil's top international scorer with 112 goals from 167 matches.

“For sure, when we meet them, we need to thank them for being the role models for football that they have been. They have shown that you don’t need to quit football when you are 30 31. It’s all about performance and keep playing as long as you can. They are super good role models," the 62-year-old Swedish coach said.

India (57th) are the lowest-ranked team in the competition. This will be the first time any Indian senior national team will be playing against either Brazil, Chile or Venezuela. The exposure tour is part of the Indian women’s team's preparation for the AFC Women’s Asian Cup to be held in Mumbai and Pune from January 20 to February 6 next year.

The Indian women’s team had last month travelled to Dubai, Bahrain and Sweden to play a series of friendly matches. Last year, they had gone to Turkey and Uzbekistan for exposure tours.