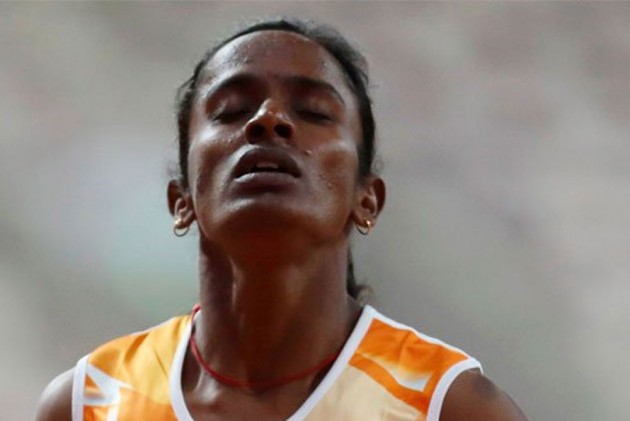 The appeal of Indian middle distance runner Gomathi Marimuthu against her four-year suspension for doping in 2019 has been rejected by the Court of Arbitration for Sports (CAS). (More Sports News)

She was stripped of the gold medal and handed a four-year ban by the World Athletics Disciplinary Tribunal on May 26 last year. She then approached the CAS, challenging the verdict.

The sole arbitrator of CAS, Prof. Jan Paulsson of Bahrain, however, ruled that Gomathi was guilty of doping and would undergo four-year suspension as ordered by the first-instance hearing panel, from May 17, 2019 to May 16, 2023.

All her results attained between March 18 and May 17, 2019 would stand annulled.

In her appeal, Gomathi contended that she suffered from Polycystic Ovary Syndrome (PCOS), which, combined with a "spontaneous" miscarriage in January 2019 after till-then-undisclosed pregnancy, could have caused abnormally high concentration of 19-norandrosterone in her urine.

She had also alleged that there was improper testing process resulting in the unreliability of the results.

But all these contentions were dismissed by the sole arbitrator.