Pakistan (182 matches), New Zealand (155 matches) and Australia (151 matches) are the other three teams to have played 150 or more T20 International matches. 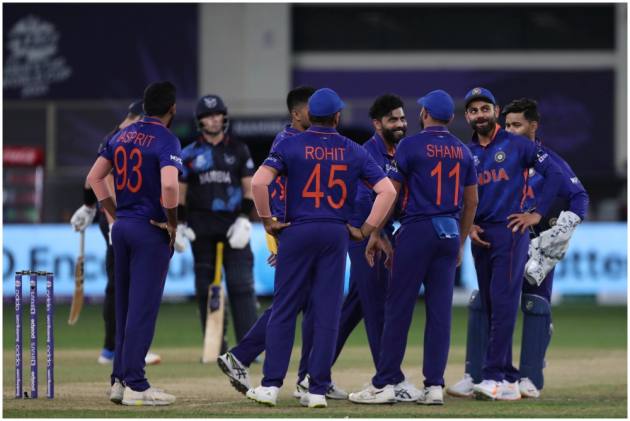 India became the only fourth team to complete 150 T20 International matches, with their last Super-12 fixture in the ongoing ICC Men's T20 World Cup against Namibia in Dubai on November 8 being their milestone match in the shortest format. (More Cricket News)

Pakistan (182 matches), New Zealand (155 matches) and Australia (151 matches) are the other three teams to have played 150 or more T20 International matches.

India recorded a six-wicket win over South Africa in their first T20 International match against South Africa at Johannesburg on December 1, 2006, while they defeated Australia by 73 runs in their 50th match at Dhaka on March 30, 2014.

The men in blue then went on to complete a century of T20 International matches against Ireland in Dublin on June 27, 2018, with a 76-run win in the match.

The T20 World Cup match against Namibia was India’s 50th under the leadership of outgoing T20 captain Virat Kohli. He became the only second skipper after Mahendra Singh Dhoni to lead India in 50 or more T20 Internationals.

Dhoni led the national side in 72 matches, with 41 wins, 28 losses, one tie, and two abandoned games. On the other hand, Virat Kohli has won 30 matches, lost 16, tied two, and abandoned two while leading India in 50 matches.