Bhavani now has a tough second round opponent in Frenchwoman Manon Brunet, a semifinalist at the Rio Olympics 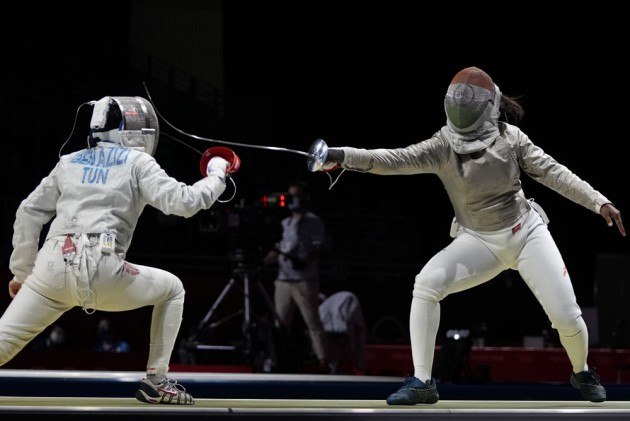 India's trailblazing fencer Bhavani Devi was off to a confident start on her Olympic debut as she demolished the challenge of Nadia Ben Azizi 15-3 to advance to the second round of the women's individual sabre event at the Tokyo Games on Monday.

Chennai's Bhavani, the first Indian to qualify for the Olympics, was aggressive from the beginning and took advantage of Azizi's open stance that allowed her score points quickly.

The 27-year-old Bhavani did not concede a single point in the first three-minute period and raced to a commanding 8-0 lead.

Nadia managed some touches in the second period but the Indian kept building her lead to win the contest in six minutes and 14 seconds.

The fencer who touches the 15 point-mark first, is declared winner.

Bhavani now has a tough second round opponent in Frenchwoman Manon Brunet, a semifinalist at the Rio Olympics.