The Indian quartet of Bharat S, Priya Mohan, Summy and Kapil clocked 3:20.60 seconds to finish third in the final. 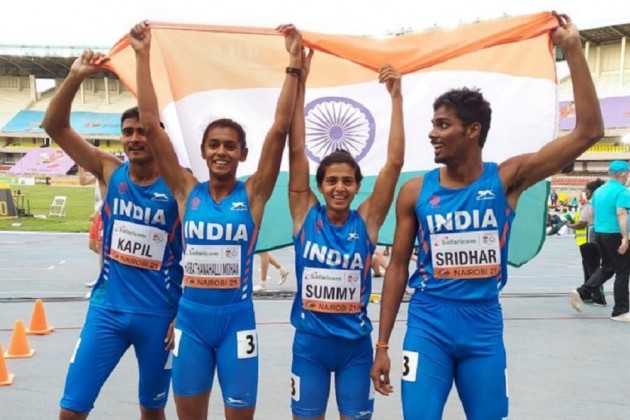 The Indian mixed 4x400m relay team on Wednesday won a bronze to clinch the country's fifth medal in the history of U-20 World Athletics Championships in Nairobi. (More Sports News)

The Indian quartet of Bharat S, Priya Mohan, Summy and Kapil clocked 3:20.60 seconds to finish third in the final.

Nigeria and Poland won the gold and silver medals with timings of 3:19.70s and 3:19.80s respectively.

India had entered the final as the second best team overall with a championship record timing of 3:23.36s in the heat races held in the morning.

The record was, however, short-lived as the athletes from Nigeria improved it by finishing their race in heat 2 with a timing of 3:21.66s.