Indian Sailors Continue To Languish At Bottom In Tokyo Olympics 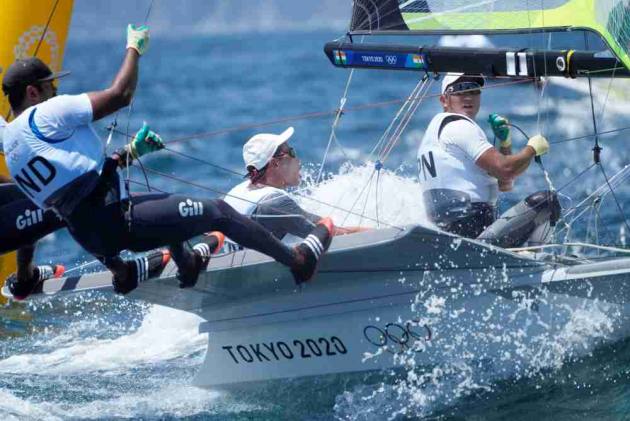 Indian sailing pair of KC Ganapathy and Varun Thakkar finished a creditable seventh in one of the two races in men's skiff 49er but still languished at 17th position overall at the Tokyo Olympics in Tokyo on Thursday.  Tokyo Olympics | Full Schedule | Sports News

Ganapathy and Thakkar ended at 16th in Race 5 before pulling off a seventh-place finish in the next to occupy 17th place out of 19 competitors with 76 net points.

Six races and medal round still remain in the competition at Enoshima Yacht Harbour.

Another Indian, Vishnu Saravanan was at 23rd position overall out of 35 sailors in the laser event with 138 net points after finishing 27th and 23rd in Race 7 and 8 on Thursday.

Two more races and medal round remain in the event.

Nethra Kumanan also continued her disappointing form as she was placed 31st with 176 net points out of 44 sailors in the women's laser radial after finishing 22nd and 20th in the seventh and eighth races.

Each event consists of a series of races. Points in each race are awarded according to position: the winner gets one point, the second-placed finisher scores two and so on.