The duo, along with the pair of Varun Thakkar and Ganapathy Chengappa, who will be participating in 49er class, were the first from country's contingent to arrive in Tokyo on Tuesday 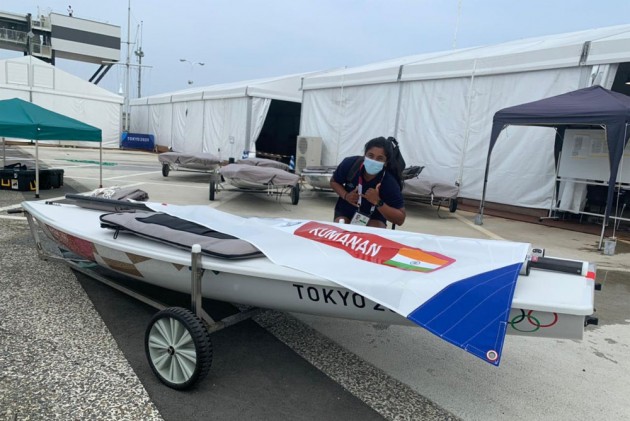 Indian sailors Vishnu Saravanan and Nethra Kumanan on Thursday received their boats which they will be using during the laser class events at the Tokyo Olympics, beginning July 23. (More Sports News)

The pictures of the boats arriving at the Haneda airport were shared by the Sports Authority of India (SAI).

Nethra, who will be competing in the laser radial event, could be seen getting her boat ready for training in the picture.

Nethra had been training in Spain, while Vishnu, who will be competing in laser standard class, was in Malta for his preparation.

The duo, along with the pair of Varun Thakkar and Ganapathy Chengappa, who will be participating in 49er class, were the first from country's contingent to arrive in Tokyo on Tuesday.

For the first time in history, a record four sailors will represent India at the Games.

This is also the first time that the country will field sailors in three events. The sailing competition starts on July 25.