Instead of stepping up their performance in Tokyo after a disastrous 2016 Rio Games, the shooters crumbled under the Olympic pressure 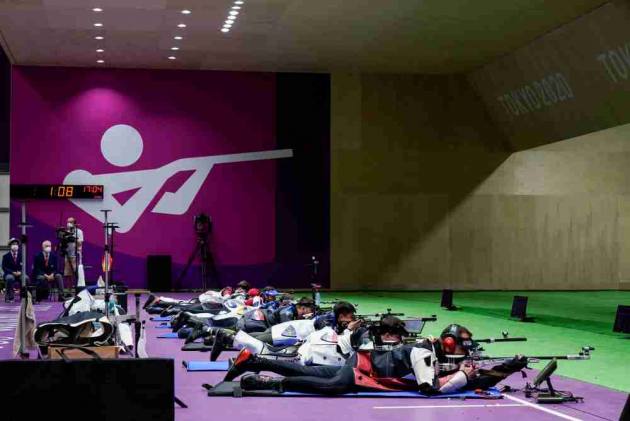 The Indian shooters entered Japanese shores with hopes of winning a handful of medals but are leaving with only their baggages - both material and psychological. Tokyo Olympics | Full Schedule | Sports News

The Indian shooting ecosystem underwent radical changes after its marksmen and markswomen fired a blank during a horror run at the Rio Olympics five years ago, belying a billion hopes after promising to deliver like never before.

Instead of stepping up their performance in Tokyo, the 15-strong squad crumbled under the mighty Olympic pressure.

What does it take to win at the Olympics?

In the course of their stay in the Japanese capital, the Indian shooters failed to answer the question, having entered their biggest examination on the back of an unprecedented run and soaring expectations.

By some, the National Rifle Association of India (NRAI) president Raninder Singh's promise to "overhaul" the coaching staff after the ongoing Games, with the 25m and 50m events still to go, was seen as "premature".

However, it didn't have any impact on the squad as its shooters ended their campaign on a disastrous note, failing to win a single podium with Saurabh Chaudhary being the lone finalist.

The campaign also had its share of controversies with stories on the long-standing conflict between young pistol ace Manu Bhaker and her former coach Jaspal Rana grabbing the limelight and doing an already demoralised team no good.

On the final day of competitions, the young Aishwary Pratap Singh Tomar and the seasoned Sanjeev Rajput failed to make the finals of the men's 50m rifle 3 positions event, finishing a lowly 21st and 32nd respectively in the qualifications.

Admitting that the performance was below expectations, Raninder said there will be a postmortem and he would look into an overhaul of the coaching staff to better prepare the players for big events.

"Definitely the performances have not been on expected lines and I have spoken of an overhaul of coaching and support staff as I feel something is lacking in getting our shooters prepared for these big occasions...

"Clearly the talent is there and we have seen it here as well," he said.

Was it the coaches, hype or pressure? What was the reason behind the Indian shooters' failure that no one had expected?

Was there anything lacking in preparation, was the reported factionalism among coaches the reason or the problem lay in the attitude?

It's the second straight time in five Olympics that the Indian shooters are returning from the Games empty-handed, having met the same fate at the 2016 Rio Games five years ago, after which an Abhinav Bindra-led panel recommended a slew of reforms in the way shooting was run in the country.

Tough questions will certainly be asked of the national federation, the coaches and the shooters as well, about why they were not able to replicate their excellent showing of the ISSF World Cups in recent years, in Tokyo.

To be fair to the NRAI, the federation put in a lot of effort and achieved success too, in arranging a long training-cum-competition tour of Croatia at a time when India was reeling under a devastating second wave of the COVID-19 pandemic.

"At the end of the day, the only thing I have to say is I can't excuse non-performance.

"On our part, we have done whatever that is humanly possible in the build-up for preparing the shooters. We followed the recommendation of the (Bindra) committee to the tee, analysing after Rio where things might have gone wrong," Raninder said.

The NRAI boss also pointed out that most of the shooters competing in Tokyo were very young and may have fallen to the pressure of participating at an event as grand as the Olympics.

In the entire shooting competition, six countries shared one gold medal apiece while a total of 19 nations claimed medals in the sport at the Games.

Among major shooting powerhouses that failed to win a medal were Germany, Sweden, Norway and Hungary, besides India.

Other major countries like Britain, Italy and France won a medal each. San Marino pulled off the biggest surprise in the Games, winning two medals.

But, as far as shooting in the Tokyo Games is concerned, India ended up being the biggest letdown.