2020-03-05T22:09:37+05:30 Indian Shuttlers Withdraw From All England Badminton Championships Due To Coronavirus Outbreak 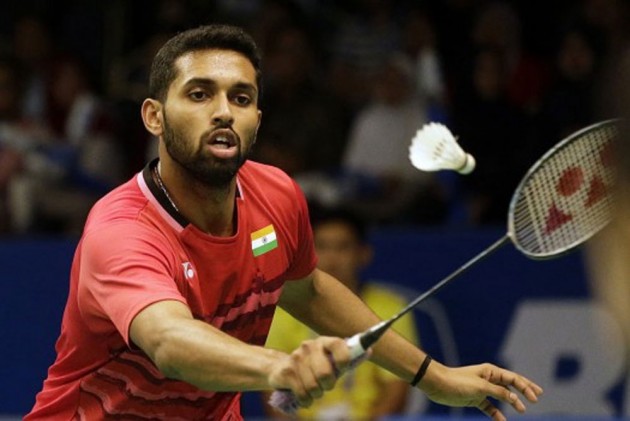 Indian shuttlers, including H S Prannoy and world no 10 men's pair of Chirag Shetty and Satwiksairaj Rankireddy, have withdrawn from next week's All England Championships due to concerns surrounding the coronavirus outbreak. (More Badminton News)

The season's first World Tour Super 1000 tournament, the prestigious All England Championships, which counts towards qualification for Tokyo 2020 begins on March 11.

"Some of the players have written to BAI, informing about their decision to withdraw from the All England Championships. Top doubles pair of Chirag Shetty and Satwiksairaj Rankireddy, Manu Attri and B Sumeeth Reddy, H S Prannoy, Sameer Verma and Sourabh Verma have so far withdrawn," BAI secretary Ajay Singhania told PTI.

Chirag said players were concerned about travelling via Dubai.

"Everyone is worried about the Coronoravirus outbreak. In the United Kingdom, the number of infected has touched 90, so it is a concern. Also, we had to travel via Dubai Airport, which is one of the busiest airports, it makes one vulnerable," Chirag said.

Chirag and Satwik had to pull out of the 2019 edition as well due to the latter's shoulder injury.

Sameer, Prannoy, Manu-Sumeeth all lost in the opening round, while Sourabh didn't make it to the draw last year and therefore doesn't have to defend any ranking points.

The Coronavirus has wreaked havoc on the international calendar of various sports across the globe.

Concerns over the rapid spread of the deadly virus has already forced the postponement of the four Olympic qualifying events so far -- Lingshui China Masters (February 25 to March 1), Vietnam International Challenge (24-29 March 24-29) and German Open (March 3 to 8) and Polish Open (March 26-29).