India will take on Sri Lanka in three T20 Internationals from January 5, followed by three ODIs against Australia from January 14 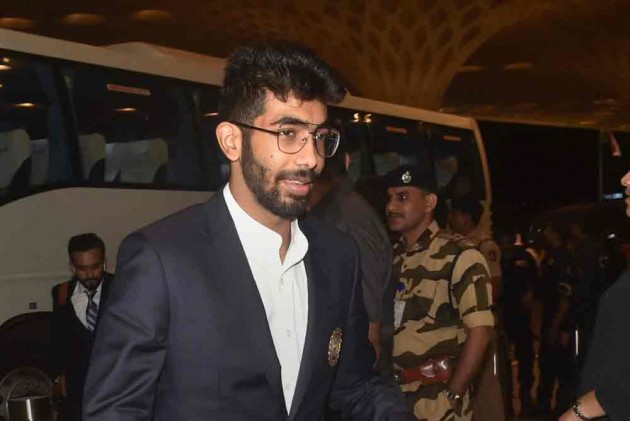 A fit-again Jasprit Bumrah will headline India's pace attack in the limited-overs series against Sri Lanka (T20) and Australia (ODIs) in January next year while vice-captain Rohit Sharma was on Monday rested from the series versus the islanders. (More Cricket News)

Bumrah was out with a stress fracture but has now got the go ahead of Indian team physio Nitin Patel to play Gujarat's next Ranji Trophy game in Surat. Senior opener Shikhar Dhawan is also back in both the squads, while pacer Mohammed Shami got a break from the T20 series.

"Jasprit Bumrah is back in both the teams for Sri Lanka and Australia and we have rested Rohit Sharma and Mohammed Shami for the Sri Lanka T20s. Shikhar Dhawan also comes back and Sanju Samson will be the back-up opener in T20s," chairman of selectors MSK Prasad told reporters at an informal gathering after squad selection here.

India will take on Sri Lanka in three T20 Internationals from January 5, followed by three ODIs against Australia from January 14.

However, it was bad news for the fast-rising Deepak Chahar, who has aggravated his back injury and will be out till the start of next year's IPL. is injury means that Navdeep Saini will continue to be in the squad.

"Against Australia, we have all three openers available --Shikhar, Rohit and KL Rahul," Prasad said.

Rohit has appeared in 47 matches across formats this year, three more than even skipper Virat Kohli and a break was long on the cards.

While talented opener Prithvi Shaw, back in the mix after serving an eight-month doping ban, will be going to New Zealand with India A, there is still some time before Hardik Pandya recovers from his back surgery.

"(As for) Hardik, we will have a look at him in the third week of January," Prasad said, indicating that the all-rounder could only be available in the second half of New Zealand tour.

Prasad, however, was tight-lipped when asked if Mahendra Singh Dhoni would be available for selection anytime soon.

"I can't comment on that. Mahi has to first play to be available for selection," said Prasad.

Pacer Bhuvneshwar Kumar is nursing a sports hernia and Chahar is out till April, but Prasad said there is no cause of concern.

"Deepak was doing well as he played the Vijay Hazare Trophy and suddenly he aggravated his back in the second ODI in Visakhapatnam," he said.

Asked who will be the swing bowler, Prasad said the selectors are banking on Shardul Thakur, who can swing the ball at a decent pace. He made a crucial six-ball 17 in the third ODI against the West Indies in India's series-clinching four-wicket win on Sunday.

"We have created enough back up and we have a good talent pool of fast bowlers. We also have Khaleel (Ahmed), who is playing Ranji Trophy and Navdeep (Saini) will replace Shami in T20s," he added.