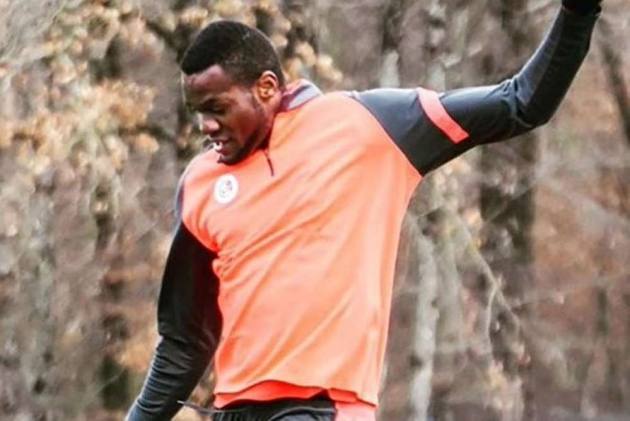 Bengaluru FC have bolstered their attack ahead of the upcoming AFC Cup playoff stage with the signing of Congolese striker Prince Vinny Ibara Doniama, the club announced on Friday.  (More Football News)

The 25-year-old, who most recently represented Ligue 2 side Chateauroux on loan from Belgian First Division A side Beerschot, joins on a two-year deal with an optional one year extension.

Ibara, who began his career at ACNFF in Congo, had stints with clubs in Gabon and Tunisia before joining Qatar Stars League side Al-Wakrah in 2017. The following season, Ibara moved to Algerian Ligue Professionnelle 1 side USM Alger, where he scored nine League goals helping Alger to the Championnat National 1 title.

"I consider it as a project and not a business deal. I've won a fair few championships and titles in the clubs that I've played for but I feel India and Asia is the next challenge for me. That's the motivating factor.

"Also, the fact that the coach trusts me to lead the attack is why I've picked Bengaluru FC," said Ibara, after completing the formalities on his deal.

Ibara, a resident of Brazzaville, has represented the Congo national team on 13 occasions, making his debut in a friendly against Morocco in 2016. He has scored four times for his country, the first of which came in African Cup of Nations qualifiers against Liberia in 2018.

"That the club is going to be playing Asian competition is one of the reasons I have signed here. I'm not anxious, I'm eager to land and score as many goals as possible for this football club.

Head coach Marco Pezzaiuoli said he was eager to see the striker join the team in pre-season.

"Prince is a young striker who will bring much to the squad. He has the experience of playing in Europe and also for the national team of Congo and that will give us more quality to the squad.

"Importantly, he has won silverware and will bring that mentality to the side. I would like to welcome him to the BFC family and hope we can achieve success together," said Pezzaiuoli.