An experienced campaigner, Murzaev is currently the top goal-scorer for Kyrgyzstan and also the second most capped player with 48 international appearances 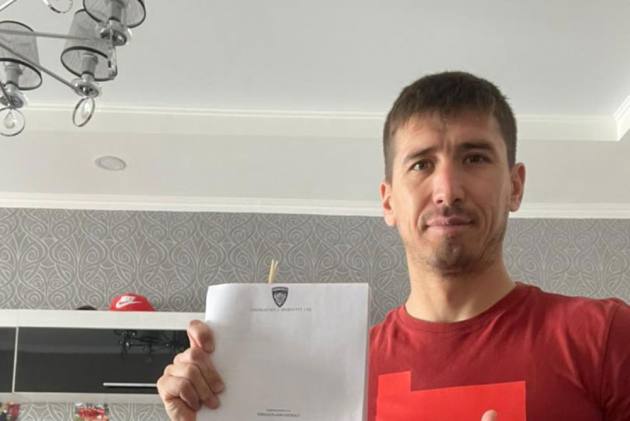 “I'm just very very happy to join Chennaiyin FC. I can’t wait for the training, and season to start. I look forward to representing all the fans from Tamil Nadu,” the 31-year-old said in a media release.

The six-feet tall striker is the second international recruit for the Chennai-based franchise ahead of the 2021-22 season. His addition will bolster CFC’s frontline with Jobby Justin and Rahim Ali already part of the squad.

An experienced campaigner, Murzaev is currently the top goal-scorer for Kyrgyzstan and also the second most capped player with 48 international appearances.

Murzaev had struck a hat-trick last month against Myanmar during Kyrgyzstan's 8-1 victory in the qualifying match for the 2022 FIFA World Cup.

CFC co-owner Vita Dani said, "As a leading scorer of his national team and with 100-plus career goals, the signing of Mirlan gives us a significant attacking boost and solidity in the front."