Carl McHugh was a vital player for the Green and Maroon in most of the matches last season. 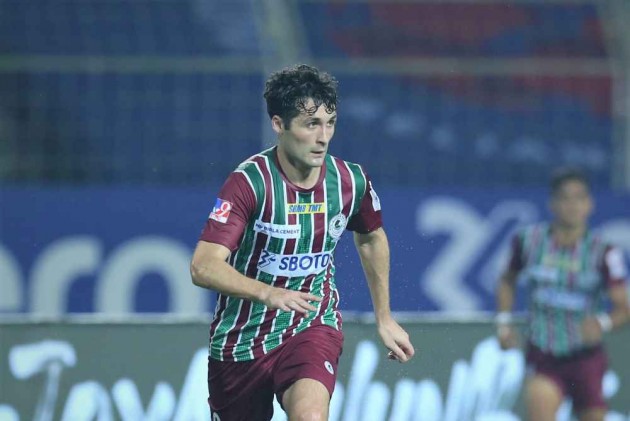 Ireland's versatile footballer Carl McHugh will continue to wear the ATK Mohun Bagan jersey in the next season of Indian Super League, playing under head coach Antonio Lopez Habas for the third time in a row. (More Football News)

The advantage of having the Irish footballer in the team is that he can play in many positions. He is equally efficient as central defender, defensive midfielder and in left-back position.

He was a vital player for the Green and Maroon in most of the matches last season.

"A long season is ahead. I am preparing to give my best. Like other footballers, I am also hungry to win the trophy. Last time I couldn't, this time I want to win all the tournaments," he said after signing the new agreement.

"I have learned a lot from coach Antonio Habas and the support staff. Our practice is always carried on in such an environment that makes it easy to perform well.

"Since coming to Kolkata, my performance has improved a lot, especially because of the coach. He has built me tactically. It feels good to be able to take coaching from him again."

"Even though we came very close to winning the trophy or becoming the league champion last year, we did not succeed. I will not hide my frustration regarding this as frustration in football paves the way to success.
"It inspires me to succeed and I want to get success by keeping that in mind for the next season. Several new footballers have joined the team and  I am looking forward to playing with them."