Bidyut Kumar Goswami, who was a part of the Davis Cup squad in 1975, has said that tennis has become a big sport all around the world and so the competition has become very tough 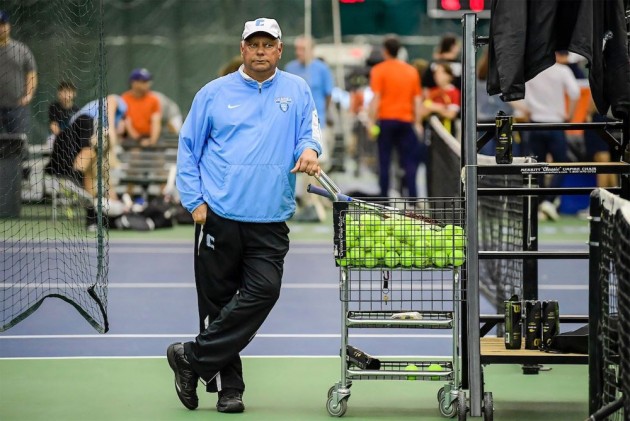 Tennis coach Bidyut Kumar Goswami has a rare feat. Columbia University in the USA where Goswami has coached their men’s team for the last 37 years, honoured him by re-christening the coach’s position after his name after he announced his retirement.

In an exclusive interview with Outlook, Goswami, a former singles national champion in India said that the current Indian players need to be stronger physically.

“India had a terrific reputation in the world those days. Ramanathan Krishnan, Premjit Lall and Jaidip Mukherjea were all world-class players. Then the Amrithraj Brothers, Gaurav Misra, Sashi Menon and Jasjit Singh and Ramesh Krishnan took the reign. After that Leander Paes and Mahesh Bhupathi followed. Somdev Devvarman was one of the most accomplished college players having won the NCAA Championships twice,” Goswami who hails from Assam, said.

He said that tennis has become a big sport all around the world and so the competition has become very tough.

“The game these days has become very physical and that is the one thing that Indian tennis needs. The Indian players always had beautiful strokes and were always technically correct but they lack in the physical prowess that is so necessary in the modern game,” said Goswami who represented India in the Tehran Asian Games in 1974.

He was also part of the Davis Cup squad in 1975. Goswami studied in Don Bosco School in Guwahati and earned a bachelor’s degree in business from St. Xavier’s College of Calcutta University in 1973 and competed for St. Xavier’s in tennis from 1970-73.

Since he took the helm at the Columbia University in 1982, Goswami has led the men’s tennis team to 14 Ivy League championships, including six consecutive titles since 2014. He has also amassed the most wins among all head coaches who have served in the program, with a record of 493-196. After the 2019 season, the positioned will be known as ‘Bidyut K. Goswami Head Men's Tennis Coach’.

“It is an honour that I don’t take lightly and I’m very honoured that it will stay that way forever. I’m of course very grateful and delighted to be always a part of Columbia tennis,” he said.

The 67-year old coach popularly known as Bid in the tennis fraternity in the US said that seeing his students as successful gives him more satisfaction than winning.

“My reward is seeing them become great human beings and coming back and supporting their Alma Mater after they finish. My greatest joy is not the wins and losses but to see that all my players ended up very successful in whatever profession they chose. I always hoped and prayed that I was part of their development. That is why I feel college coaching in the US is such an unbelievable job,” said Goswami.