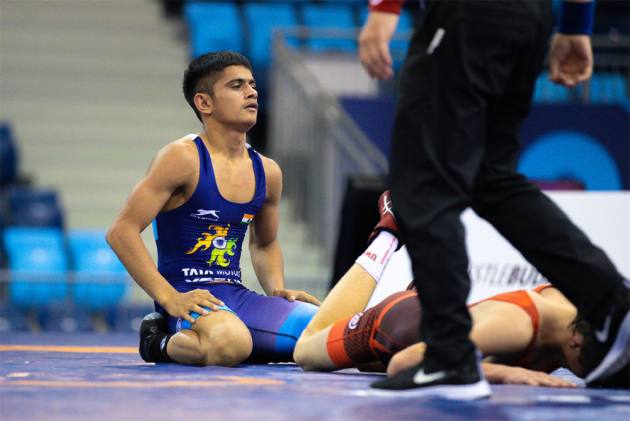 Young wrestlers Aman Gulia and Sagar Jaglan on Tuesday emerged the new world champions in their respective categories as India dished out an impressive show on the second day of the Cadet World Championship, in Budapest. (More Sports News)

Sahil won bronze in the 110kg by pinning Kazakhstan's Alikhan Kussainov inside the first two-minute period.

Adding to India's success, Jaskaran Singh assured himself of a silver in the 60kg category with a 6-2 win over Azerbaijan's Abdulrahman Ibrahimov in the semifinals.

The American, being taller, had better reach but Aman adjusted his game nicely and kept attacking his rival.

Aman led 3-0 when Luke pulled off a take down to narrow the lead but the Indian wrestler came up with a take down move of his own to pull away.

Jaglan's defence was solid as he did not let the American make any attacking move and scored points with push outs.

On Wednesday, Jaskaran Singh will fight for gold against Uzbekistan's Kamronbek Kadamov while Chirag (51kg) and Jaideep (71kg) will fight for bronze.