Vinesh Phogat, a medal prospect in 53kg freestyle wrestling category, could not reach the medal rounds. Get all the results here 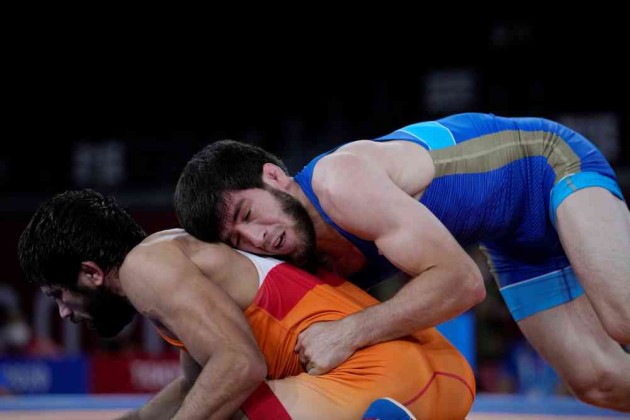 India's medal tally at Tokyo 2020 swelled to five after the Indian men's hockey team and wrestler Ravi Kumar Dahiya won a bronze and silver, respectively on Thursday. But there were disappointments as well with grappler Vinesh Phogat, a medal prospect on her current form, lost in the quarterfinals and a subdued Deepak Punia blew a wrestling bronze after holding to a slender lead till the last minute of his match against a wrestler from San Marino, the tiniest nation taking part at Tokyo Olympics. India's hockey medal after 41 years came after a stunning come-from-behind win against Germany, the bronze medal winners from Rio 2016. Elsewhere, young golfer Aditi Ashok was in strong contention for a medal. She was tied 2nd at the end of Round 2 on Thursday. (MEDAL TALLY | AUGUST 5 HIGHLIGHTS | NEWS)

Women’s Round 2: Aditi Ashok – tied second with a total score of nine-under 133