With the selection of India cricket team's staff including head coach Ravi Shastri set to happen, according to a BCCI official, R Sridhar and Bharat Arun could continue, but Sanjay Bangar could face the sack. 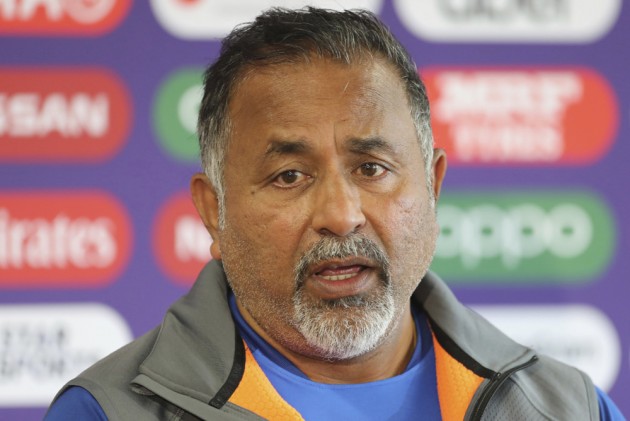 India's current bowling Bharat Arun and fielding coach R Sridhar are likely to retain their respective positions in the national cricket team. Although, batting coach Sanjay Bangar could face the boot, when the selectors pick the support staff. All three are currently serving an extension alongwith head coach Ravi Shastri.

It is worth noting that Jonty Rhodes has applied for the fielding coach's position.

According to norms, the new Cricket Advisory Committee (most probably led by Kapil Dev) will select the head coach. The selectors will interview rest of the support staff.

According to PTI sources, Arun is expected to be a sure shot to continue as the Indian pacers have been excellent lately.

A senior BCCI official told PTI, "In the last 18 to 20 months, the work put in by Arun has been phenomenal. The current Indian attack is considered to be the best in the longest format. Mohammed Shami back at his best and (Jasprit) Bumrah's consistency are a few things Arun must get credit for. It's up to the selectors but they might find it difficult to replace him".

ALSO READ: 'I Expected To Be Selected' - India’s Shubman Gill Expresses Disappointment After Being Ignored For West Indies Tour

Sridhar is also expected to keep his place, as Indian fielding is considered world-class. But he will face tough competition from Rhodes. "Rhodes is a big name and his candidature can't be ignored. However, this also needs to be taken into account that how the team's fielding performance has been," the official said.

But, the official feels that Bangar has failed to perform in his role as India don't have a good middle order currently. Bangar has been in the role for four years.

"Virat Kohli and Rohit Sharma have been performing much before Bangar came into the fray. He has no role in their success. However, his job was to create a few solid options in the middle order and we have seen in the World Cup that he has failed miserably in that," the official added.

Also, earlier reports had stated that it was Bangar who decided to send MS Dhoni at no.7 during the Cricket World Cup semifinal loss to New Zealand. He has been widely criticised for that.