As per the original schedule, the Indian team would have played against Qatar at home, Bangladesh away and Afghanistan at home, but the global pandemic has forced radical changes in the fixtures. 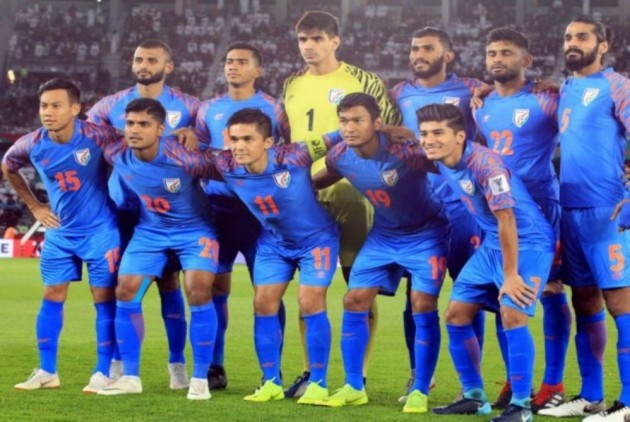 As per the original schedule, the Indian team would have played against Qatar at home, Bangladesh away and Afghanistan at home, but the global pandemic has forced radical changes in the fixtures.

"FIFA World Cup 2022 host Qatar, will welcome Group E opponents Oman, Afghanistan, India and Bangladesh with Japan set to provide the stage for the matches in Group F comprising Kyrgyz Republic, Tajikistan, Myanmar and Mongolia," the AFC said in a release on Friday.

"Following a process of close consultation with Asia's Member Associations, the Asian Football Confederation (AFC) has today confirmed the centralised venues for the Asian Qualifiers for the FIFA World Cup Qatar 2022 and AFC Asian Cup China 2023 matches scheduled to take place from 31 May to June 15, 2021."

Qatar is also hosting the FIFA World Cup next year.

India are currently fourth in Group E with three points from five games. Qatar top the table with 13 points while Oman are a point behind them in second.

The second round of qualification matches have not been held since November 2019 due to the pandemic.

Last month, the AFC had said that the majority of Asia's 2022 World Cup qualifying matches in March would be postponed to May and June -- with a few exceptions that include Japan, Australia and Saudi Arabia.

Eight group winners and four best runners-up will progress to the continent's 12-team final qualifying stage for the World Cup.

A third-place finish in the group will help India get a direct berth in the third round of the qualifiers for the Asian Cup.

The Indian team was to play against Qatar on October 8 in Bhubaneswar last year but the match was postponed due to the COVID-19 pandemic.

As per the AFC release, China will host Group A which comprises leaders Syria, Philippines, Maldives and Guam.

Kuwait has been confirmed as the host for Group B which includes Australia, Jordan, Nepal and Chinese Taipei.

The United Arab Emirates have been picked as the host for Group G, which consists of ASEAN challengers Vietnam, Malaysia, Thailand and Indonesia while South Korea will stage the Group H matches, featuring leaders Turkmenistan, Lebanon, North Korea and Sri Lanka.