India are likely to field a strong contingent at the Tokyo Olympic Games, which was pushed back by a year to 2021 due to the COVID-19 pandemic 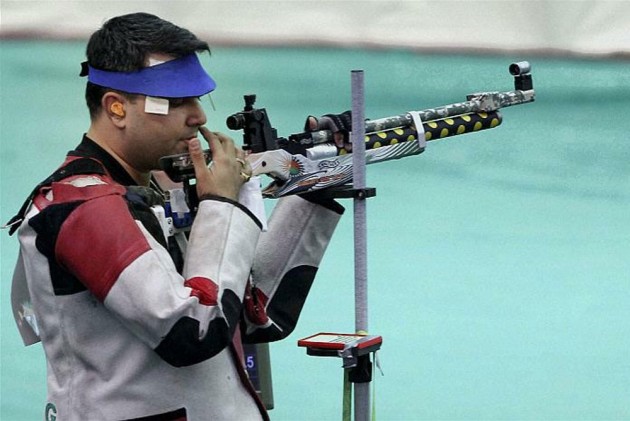 Olympic medallists Gagan Narang and Sushil Kumar on Wednesday met the parliamentary standing committee formed to monitor and assist in Indian athletes' preparations for next year's Tokyo Games and beyond. (More Sports News)

The parliamentary standing committee for the Ministry of Human Resource Development (HRD), headed by Rajya Sabha MP Vinay Sahasrabuddhe, is monitoring the medal preparedness of athletes heading to the Tokyo Olympics next summer.

We have shared our views, from the athlete's perspective, on what needs to be done to ensure our preparations are great heading into the Tokyo Olympics," Narang, who won a bronze medal at the 2012 London Games, told PTI.

"We expressed our views on 2021 and beyond and generally about Indian sports. Both Sushil and I have represented India in multiple Olympics and shared the cumulative experience of having played in seven-eight Games," the rifle shooter added.

Narang posed for a photograph with the two-time Olympic medallist wrestler Sushil after their interaction with members of the concerned department at Parliament House Annexe in the national capital.

The committee had earlier called for a presentation by National Sports Federation (NSF) of five disciplines that are touted to give the Indian team medals in the Olympics.

India is likely to field a strong contingent at the Games, which was pushed back by a year to 2021 due to the COVID-19 pandemic.

In the last edition in 2016, India managed to win only two medals -- silver for PV Sindhu in badminton and bronze for Sakshi Malik in wrestling.

International Olympic Committee president Thomas Bach has encouraged athletes for next year's Games to get vaccinated.

"This will be no requirement," Bach said after touring the Olympic village by the Tokyo Bay.

"But we will encourage athletes when it is possible to have a vaccination because it is better for their health. It is also the demonstration of solidarity with their fellow athletes and the Japanese people."