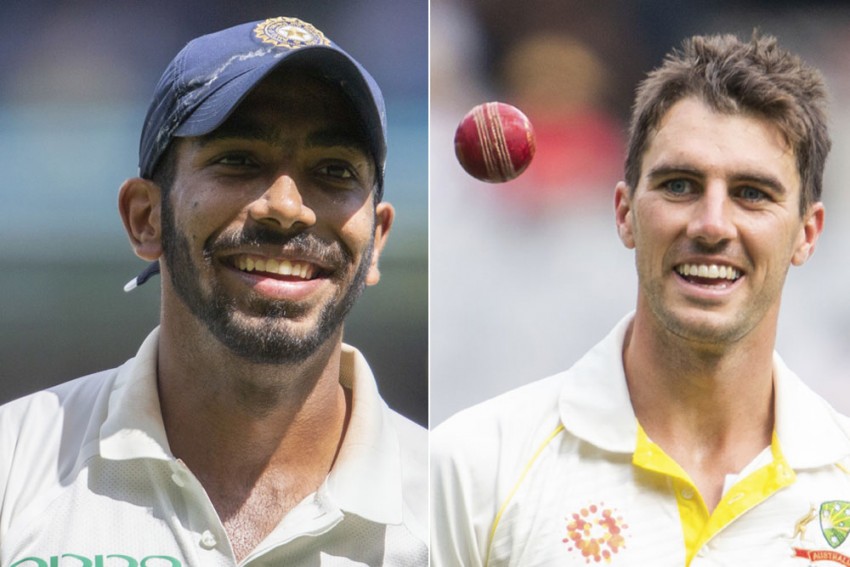 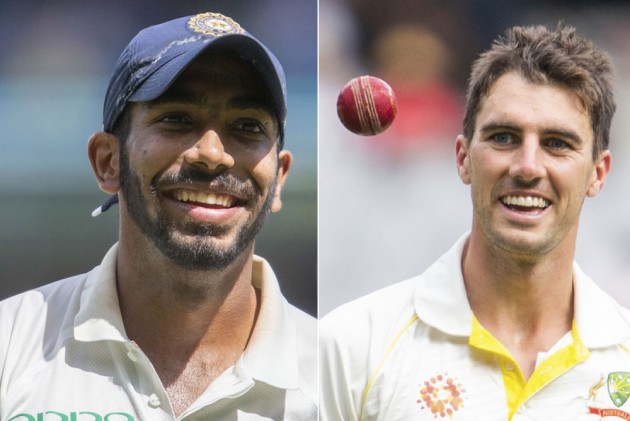 India captain Virat Kohli's decision not to impose the follow-on against Australia on Day 3 of the Boxing Day Test almost backfired but debutant Mayank Agarwal batted sensibly to make sure visitors still have the runs to go for a win, or save if required, given the rain forecast for the next two days in Melbourne.

On a day of enthralling Test cricket, bowlers dictated the terms with Jasprit Bumrah and Pat Cummins talking with the ball for their respective side. In all 15 wickets have fallen on Friday with 10 of those going to the two pacers.

But, despite a horrendous batting show from India's top-order batsmen, the day ended with the visitors taking a 346-run lead. At the draw of bails, India were 54/5 in 27 overs with Agarwal (28) and Rishabh Pant (6) unbeaten at the Melbourne Cricket Ground (MCG).

Earlier, India bowled out Australia for 151 runs with Jasprit Bumrah becoming the first bowler from Asia to take five-wicket hauls in each of South Africa, England and Australia. His 6/33 gave Indian batsmen the luxury to go after the Aussie bowlers.

After bowling out Australia for 151 in response to their first innings total of 443/7 declared, India were jolted by Cummins (4/10), with Kohli and his deputy Rahane caught off successive balls. Rohit (5) prevented his hat-trick but fell before the end of play.

This was after Bumrah's outstanding effort handed India a 292-run lead.

Bumrah returned second-best figures for an Indian bowler in Australia after Kapil Dev's 8-106 at Adelaide in 1985. But he surpassed B Chandresekhar's twin hauls of 6-52 in each innings at this ground in 1977.

Post Tea, Australia's innings lasted for only four overs as Bumrah quickly cleaned up the worrisome tail. First, he got rid of Tim Paine (22) caught behind, and then trapped Nathan Lyon (0) lbw.

Three balls later, he bowled Josh Hazlewood (0) as India took a hefty lead. Kohli though decided not to enforce the follow-on and the Indian mini-collapse followed thereafter.

Cummins bounced out Hanuma Vihari (13) for the second time in this Test, while Cheteshwar Pujara (0) was caught at short square leg for a duck following his hundred in the first innings.

India were reduced to 32-4 with a double break against Kohli and Rahane. Rohit Sharma was caught at slip off Josh Hazlewood (1-13) as India finished five-down but still in control of the game.

Earlier, Australia sunk to 145-7 at Tea. Post Lunch, it took only four overs for Bumrah to strike again as he bowled Travis Head (20), playing on in the 37th over.

Australia were in dire straits at 92/5 and things didn't improve when Ravindra Jadeja (2/45) struck for a second time against Mitchell Marsh (9). The batsman tried an exaggerated onside flick but ended up edging to slip as the ball exploded off the pitch.

The hosts managed to cross 100 in the 41st over, but were struggling at 102-6. The next pair then batted with more patience and cut down on attacking strokes for the next hour.

In doing so, Paine and Cummins (17) added 36 runs for the seventh wicket and added some respectability to the total amid the ruins. To India's credit, they never relented the bowling pressure and executed their plans to near perfection.

It could have been different, but Cummins was dropped on 2 by keeper Rishabh Pant off Hanuma Vihari in the 50th over.

Just when it appeared that Australia might avoid another dismissal, Mohammed Shami (1/27) got into the attack and bowled him to give India the advantage again.

The visitors struck four blows in the morning session as Australia were reduced to 89-4 at lunch.

Starting from overnight 8/0, Australia were under the pump early on as Ishant Sharma (1/41) and Bumrah gave them no room for manoeuvring.

It didn't help that the Australian openers came out playing their shots and this attacking instinct went in India's favour.

Ishant struck in the fifth over of the morning as Mayank Agarwal scooped up a sharp catch at short mid-wicket to send back Aaron Finch (8). The fielder was stationed there for any aerial shot and the plan worked to get an early breakthrough.

Four overs later, Marcus Harris (22) went for an uncontrolled pull and found the fine leg fielder as Bumrah celebrated his first wicket of the day.

India used the scoreboard pressure to good effect as Jadeja came on to bowl with close-in fielders all around the bat. Usman Khawaja (21) fell to this ploy, caught at short leg, as Australia slipped further to 53-3 in the 20th over.

Shaun Marsh (19) and Head then added 36 runs for the fourth wicket and brought some semblance of stability to the Australian innings. They used good footwork against Jadeja to smother the possibility of turn from the rough.

But Bumrah came up with an inspirational yorker at the stroke of lunch, and the slow dipping delivery caught Shaun Marsh plumb in front of the wicket, as Australia’s top-order was completely blown away on this third morning.

The four-match series is level at 1-1, after India won the first Test in Adelaide by 31 runs and Australia won the second Test in Perth by 146 runs.