He reached fifty with a four off the last ball of the 36th over bowled by Nathan Lyon. 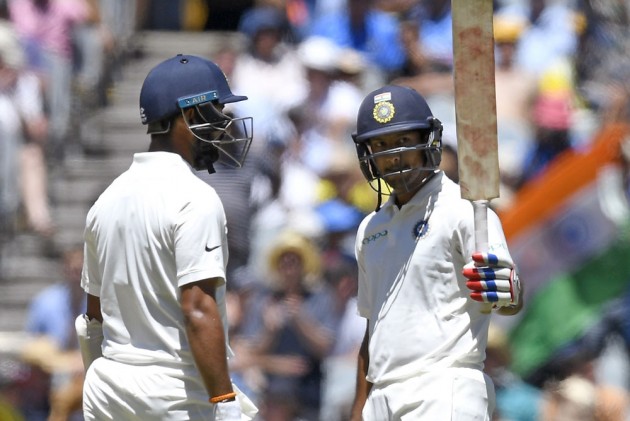 It was supposed to be a trial by fire for debutant Mayank Agarwal in the Boxing Day Test in Australia, but the opener made history by becoming only the second Indian to score a 50+ score on debut Down Under on Wednesday.

Agarwal, 27, reached his fifty with a four off the last ball of the 36th over bowled by Nathan Lyon. He took 95 balls to reach the mini-landmark at the Melbourne Cricket Ground.

The first Indian player to hit 50 on Test debut on Australian soil was Dattu Phadkar (51) at Sydney Cricket Ground 1947.

Boxing Day Test: Vihari Hit By Nasty Cummins Bouncer Before Getting Out To Similar Delivery – WATCH

Agarwal, who was drafted in the squad ahead of the third Test as the replacement of injured Prithvi Shaw, also became the seventh Indian opener to hit a fifty on debut innings.

India lost Hanuma Vihari, who was asked to open the innings when he handed a catch to Aaron Finch off Pat Cummins after making 8 runs.

They posted 40 runs for the first wicket to give India a good start.

Earlier, India skipper Virat Kohli won the toss and elected to bat first in the third Test at the iconic MCG. The Border-Gavaskar Trophy series is locked 1-1 after two matches. India won the opening Test in Adelaide, but the Aussies took the second in Perth.