Pant and Paine are expected to continue their on-field rivalry with a healthy dose of sledging when the two teams meet again in Sydney. 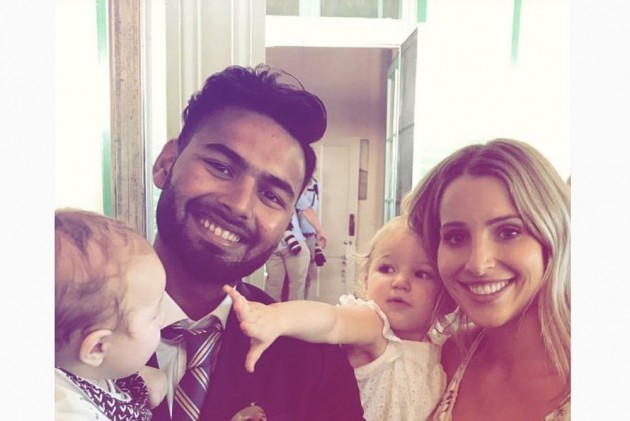 Pant and Paine, who's also the wicket-keeper of the Aussie team, have had some verbal duels during the Boxing Day Test at Melbourne.

In one instance, Paine had asked Pant to babysit his kids while he and wife Bonnie go to the movies.

Pant, wasting no time, sledged Paine in the next available opportunity with "temporary captain" jibe.

But once the match got over, they adopt rather genteel selves.

Bonnie on Tuesday shared a photo in an Instagram story, hailing Pant as the "best babysitter". And it became an instant hit.

Pant and Paine are expected to continue their on-field rivalry with a healthy dose of sledging when the two teams meet for the fourth and final time in the Border-Gavaskar Trophy series at Sydney, starting Thursday (January 3).

India have retained the trophy after taking a 2-1 lead thanks to their Boxing Day Test win at Melbourne.