In Pics: India Captain Virat Kohli Embraces Pink In Support For THIS Noble Cause

This year, the McGrath Foundation is targeting to raise $2.1 million over the five days. 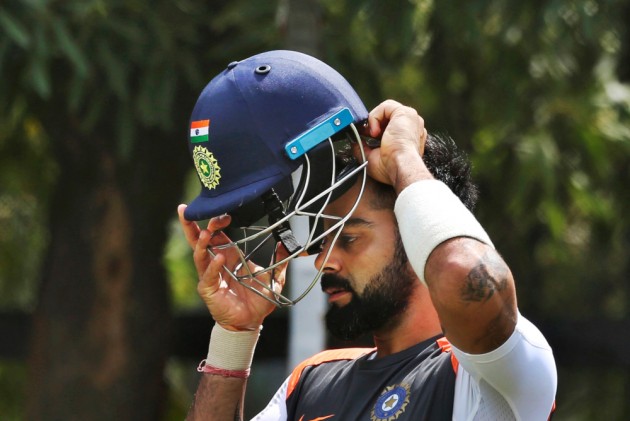 India captain Virat Kohli adopted showed his support to the McGrath Foundation by embracing colour pink on Day 1 of the fourth and final Test match of the 2018-19 Border-Gavaskar Trophy series at Sydney Cricket Ground (SCG).

The foundation was started by Aussie pace great Glenn McGrath after his wife was diagnosed with breast cancer in 2005. Jane passed away three years later. Ever since, SGC has been hosting 'Pink Test'.

Our McGrath Breast Care Nurse Karen Hennings is down from Ballina with her husband aka no.1 fan!!

One of my favourite bowlers of the last decade, #GlennMcGrath runs the #McGrathFoundation which has successfully popularised the Sydney Pink Test to a National event. Great work @McGrathFdn @glennmcgrath11 https://t.co/SeMMWorgY6

The first time the SCG hosted a 'Pink Test' was way back in 2009 when Australia played South Africa. The Australia-India match is the 11th Pink Test. This is the third time the teams are meeting in the 'Pink Test' with Australia winning one. Other one ended in a draw.

Day 3 of the Test, on January 5, will be known as ‘Jane McGrath Day’.  And on Saturday, there will be ladies of Pink Sari Inc. They might not have a great deal to do with cricket, but Anoop Johar, Shantha Viswanathan, Kalyani Mani and Aparna Tijoriwala will help in raising awareness for breast cancer on Jane McGrath Day.

This year, the foundation is targeting to raise $2.1 million over the five days.

The McGrath Foundation is a breast cancer support and education charity in Australia. It raises money to place McGrath Breast Care Nurses in communities across the country and help increase the awareness about the disease.

Kohli won the toss and opted to bat first. After losing opener KL Rahul, Mayank Agarwal and Cheteshwar Pujara posted a century for the second wicket to lay the foundation for s good score.

India lead the four-match series 2-1 and are on the cusp of winning their first ever Test series Down Under.